Copernicus: 2020 on par with warmest year ever recorded globally 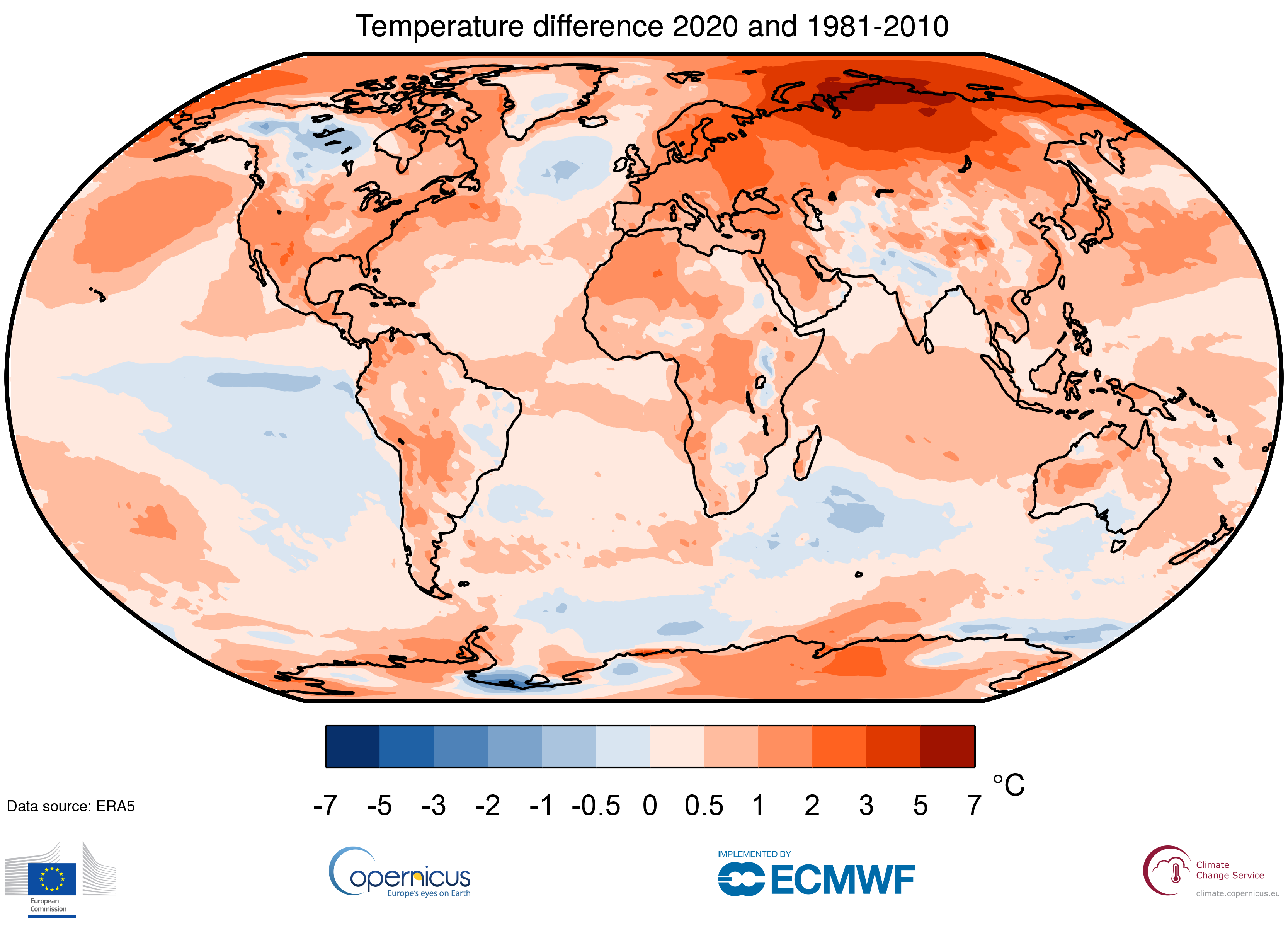 Latest data released by the Copernicus Climate Change Service show that globally 2020 was on par with the warmest year ever recorded, marking the end of the warmest decade on record, while CO2 concentrations continue to rise.

The Copernicus Climate Change Service (C3S) reveals that globally 2020 was tied with the previous warmest year 2016, making it the sixth in a series of exceptionally warm years starting in 2015, and 2011-2020 the warmest decade recorded.

Parts of the Arctic and northern Siberia saw some of the largest annual temperature deviations from average in 2020, with a large region seeing deviations of as much as 3°C and in some locations even over 6°C for the year as a whole.

On a monthly basis, the largest positive temperature anomalies for the region repeatedly reached more than 8°C. Western Siberia experienced an exceptionally warm winter and spring, a pattern also seen over summer and autumn in the Siberian Arctic and over much of the Arctic Ocean.

Poleward of the Arctic Circle, fires released a record amount of 244 megatonnes of carbon dioxide in 2020, over a third more than the 2019 record. During the second half of the year, Arctic sea ice was significantly lower than average for the time of the year with July and October seeing the lowest sea ice extent on record for the respective month.

Meanwhile, Europe saw its warmest year on record, 0.4°C warmer than 2019 which was previously the warmest year. Together with the Copernicus Atmosphere Monitoring Service (CAMS), C3S also reports that CO2 concentrations in the atmosphere have continued to rise at a rate of approximately 2.3 ppm/year in 2020 reaching a maximum of 413 ppm during May 2020.

“2020 stands out for its exceptional warmth in the Arctic and a record number of tropical storms in the North Atlantic. It is no surprise that the last decade was the warmest on record, and is yet another reminder of the urgency of ambitious emissions reductions to prevent adverse climate impacts in the future.”