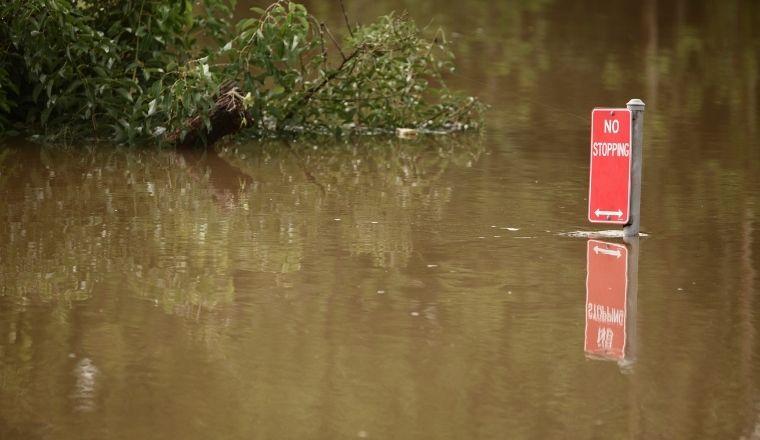 The New South Wales (NSW) Government in Australia has issued 34 Natural Disaster Declarations to Local Government Areas to communities who are affected by the severe floods and storms which are continuing across NSW.

NSW is experiencing significant storm and flooding events with widespread destruction affecting several communities – bridges have been washed away, roads in some areas are cut off by water,  homes have been severely damaged and thousands of residents in Sydney, the state capital  and in south-east Queensland were told to evacuate. The affected areas are home to about a third of Australia’s 25 million people.

Sydney’s main water source, the Warragamba Dam has spilled over for the first time in five years – the dam is currently discharging about 500 gigalitres a day.

The AGBM is warning that strong high pressure system over the southern Tasman Sea continues to drive widespread and persistent rain onto the New South Wales coast. This is expected to continue today, particularly about the Mid North Coast and Northern Rivers.

At the same time a low pressure trough in the state’s west is deepening, bringing rain areas to the northern inland. The Bureau said that as the trough reaches the Tasman Sea tomorrow, a low pressure system may form, bringing increased rainfall, strong winds, damaging surf and abnormally high tides to the east and south.

Catchments across New South Wales have been – and remain – saturated by the heavy rain.

The AGBM said that abnormally high tides which may cause sea water flooding of low lying areas south of Moruya are also possible tomorrow. Water levels could exceed the highest tide of the year during Tuesday morning’s high tide as a storm surge moves into coastal areas.

The NSW Government is providing funding packages to help ensure critical support is available to communities.  The additional funding will provide:

Minister for Police and Emergency Services David Elliott said although the disaster is still underway, the NSW Government is already looking ahead to the recovery and ongoing assistance.

“We will stand side by side with our communities over coming weeks and months as we work through the significant recovery that lays ahead of us.”