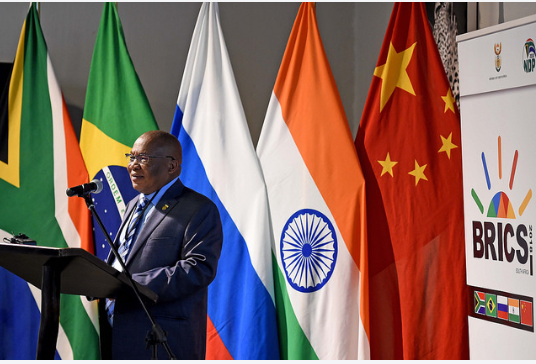 The countries which make up the BRICS nations – Brazil, Russia, India, China and South Africa – have committed to enhanced cooperation to work together to improve their water infrastructure and water resource management.

The Ministers also expressed their intention to enhance cooperation in the fields of water on the basis of sustainable development in an integrated way, including:

“The means and mechanisms are of critical importance in the implementation of SDGs and the BRICS countries hereby call for early implementation of the Global commitments towards Technology Facilitation Mechanism and Financing for Development.”

The Ministers also reaffirmed their commitments to the Paris Agreement and urged developed countries to continue taking the lead and support developing countries, including the transfer of needed technology, which is one of the most critical enablers for climate action.

The statement welcomed what it described as  “the vast potential” in cooperation and collaboration in advancing the Oceans Economy amongst BRICS countries, which encompasses multiple sectors. The countries will now explore enhancing cooperation on marine protection and ocean governance and undertook to pursue this with relevant government agencies and stakeholders, including the private sector.

South Africa is preparing to host the 10th summit of the BRICS bloc – the annual BRICS Leaders’ Summit will be held in Johannesburg from 25 to 27 July 2018.