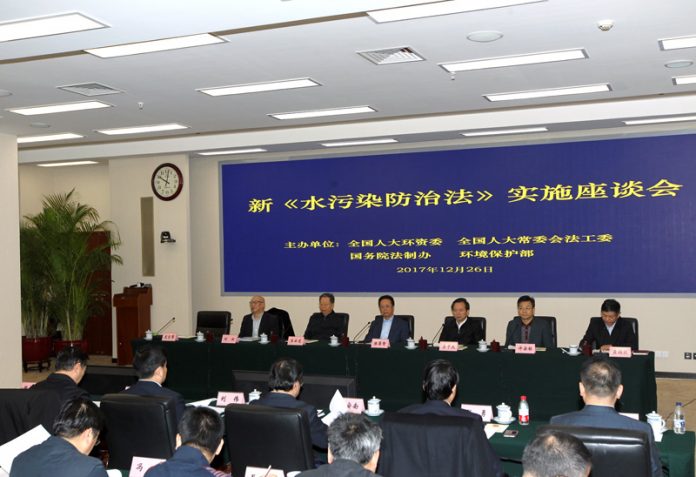 He also requested that the people’s congresses at all levels and their standing committees should urge and help the governments and departments at the same levels, the industry and the public to familiarize with the new law’s basic philosophy and provisions.

Judicial departments should also exercise their judicial power and investigate any instances of environmental non-compliance.

Minister Li Ganjie told delegates at the symposium that the newly revised problem-oriented and target-oriented water pollution law had institutionalized and legalized the new and set out ten major measures to tackle water pollution, describing it as a powerful legal weapon to protect the water environment and address water pollution.