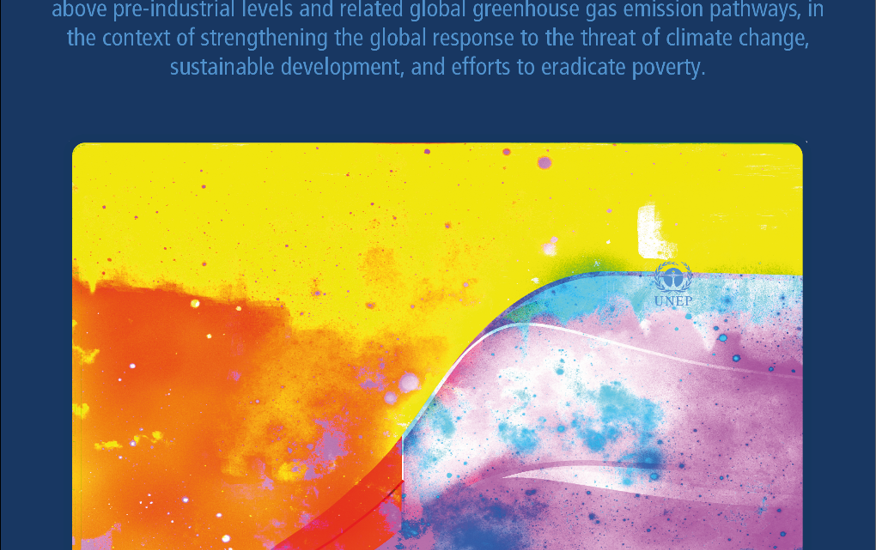 A new report from the Intergovernmental Panel on Climate Change says that limiting global warming to 1.5ºC would require rapid, far-reaching and unprecedented changes in all aspects of society, necessitating a “significant upscaling of investments” in all options.

The Panel’s Special Report on Global Warming of 1.5ºC was approved by the IPCC on Saturday in Incheon, Republic of Korea. The assessment will be a key scientific input into the Katowice Climate Change Conference in Poland in December, when governments review the Paris Agreement to tackle climate change.

Jim Skea, Co-Chair of one of three IPCC Working Groups on the report commented:

“Limiting warming to 1.5ºC is possible within the laws of chemistry and physics but doing so would require unprecedented changes. It’s over to Governments now to decide what to do with it.”

Pathways limiting global warming to 1.5°C with no or limited overshoot would require rapid and far-reaching transitions in energy, land, urban and rural infrastructure (including transport and buildings) and industrial systems.

“These systems transitions are unprecedented in terms of scale, but not necessarily in terms of speed, and imply deep emissions reductions in all sectors, a wide portfolio of mitigation options and a significant upscaling of investments in those options.” the IPCC says.

The report highlights a number of climate change impacts that could be avoided by limiting global warming to 1.5ºC compared to 2ºC or more. For instance, by 2100, global sea level rise would be 10 cm lower with global warming of 1.5°C compared with 2°C.

The report finds that limiting global warming to 1.5°C would require “rapid and far-reaching” transitions in land, energy, industry, buildings, transport and cities. Global net human-caused emissions of carbon dioxide (CO2) would need to fall by about 45 percent from 2010 levels by 2030, reaching ‘net zero’ around 2050. This means that any remaining emissions would need to be balanced by removing CO2 from the air. 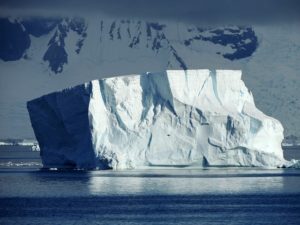 Warming greater than the global annual average is being experienced in many land regions and seasons, including two to three times higher in the Arctic.

The report says sea level rise will continue beyond 2100 even if global warming is limited to 1.5°C in the 21st century. Marine ice sheet instability in Antarctica and/or irreversible loss of the Greenland ice sheet could result in multi-metre rise in sea level over hundreds to thousands of years. The instabilities could be triggered at around 1.5°C to 2°C of global warming.

It goes on to warn that increasing warming would amplify the exposure of small islands, low-lying coastal areas and deltas to the risks associated with sea level rise for many human and ecological systems, including increased saltwater intrusion, flooding and damage to infrastructure.

On land, impacts on biodiversity and ecosystems would include species loss and extinction. Global warming of 1.5°C is projected to shift the ranges of many marine species, to higher latitudes as well as increase the amount of damage to many ecosystems.

Coral reefs, for example, are projected to decline by a further 70–90% at 1.5°C with larger losses (>99%) at 2ºC. The risk of irreversible loss of many marine and coastal ecosystems increases with global warming, especially at 2°C or more.

However, the effectiveness of such techniques are unproven at large scale and some may carry significant risks for sustainable development, the report notes.

Avoided climate change impacts under SDGs would be greater if global warming limited to 1.5°C

It also points out that the avoided climate change impacts on sustainable development under the UN Sustainable Development Goals, including eradication of poverty and reducing inequalities, would be greater if global warming were limited to 1.5°C rather than 2°C.

According to the IPCC, sustainable development supports, and often enables, the fundamental societal and systems transitions and transformations that help limit global warming to 1.5°C.

Strengthening the capacities for climate action of national and sub-national authorities, civil society, the private sector, indigenous peoples and local communities can support the implementation of ambitious actions implied by limiting global warming to 1.5°C.

1.5°C global warming limit could reduce proportion of world population exposed to rise in water stress by up to 50%

The IPCC report was prepared in response to an invitation from the United Nations Framework Convention on Climate Change (UNFCCC) when it adopted the Paris Agreement in 2015.

According to the IPCC, limiting global warming to 1.5°C, compared to 2°C, may reduce the proportion of the world population exposed to a climate-change induced increase in water stress by up to 50%, although there is considerable variability between regions. 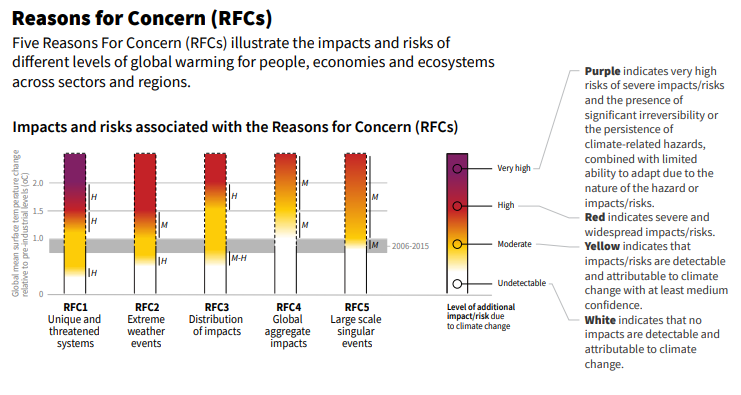 The report warns that exposure to multiple and compound climate-related risks increases between 1.5°C and 2°C of global warming, with greater proportions of people in Africa and Asia.

Risks across energy, food and water sectors could overlap, creating new and exacerbating current hazards, exposures, and vulnerabilities that could affect increasing numbers of people and regions.

Limiting global warming would give people and ecosystems more room to adapt and remain below relevant risk thresholds. The report examines pathways available to limit warming to 1.5ºC, what it would take to achieve them and what the consequences could be.

The report says there are a wide range of adaptation options that can reduce the risks of climate change, including:

“Current estimates of the global emissions outcome of current nationally stated mitigation ambitions as submitted under the Paris Agreement would not limit global warming to 1.5°C, even if supplemented by very challenging increases in the scale and ambition of emissions reductions after 2030.”

“Avoiding overshoot and reliance on future large-scale deployment of carbon dioxide removal (CDR) can only be achieved if global CO2 emissions start to decline well before 2030.”

The systems transitions include “the widespread adoption of new and possibly disruptive technologies and practices and enhanced climate-driven innovation.”

Global model pathways limiting global warming to 1.5°C are projected to involve the annual average investment needs in the energy system alone of around $2.4 trillion USD2010 between 2016 and 2035 representing about 2.5% of the world GDP.

The most recent report from the IPCC is the Fifth Assessment Report, published in 2013 and 2014. It assessed more than 30,000 scientific publications.

Two other special reports, Climate Change and Land, and the Ocean and Cryosphere in a Changing Climate, will be published in 2019.

The three Working Group contributions to the Sixth Assessment Report will be published in 2021, followed by a Synthesis Report in 2022.