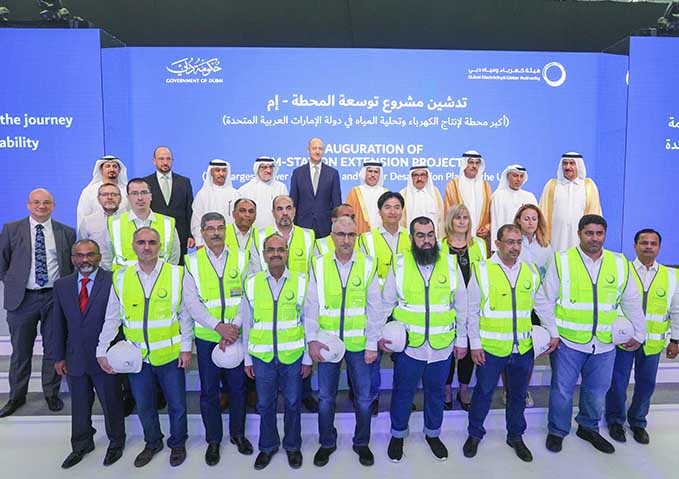 HH Sheikh Hamdan bin Rashid Al Maktoum, Deputy Ruler of Dubai, Minister of Finance, and President of Dubai Electricity and Water Authority (DEWA), has inaugurated the extension project of M-Station in Jebel Ali, the largest power and water desalination plant in the UAE.

“The extension to the M-Station supports the UAE’s strategy to adopt innovation and shape the future. We made sure that we followed world-class standards in various stages of this project’s implementation, as well as world-class operational technologies, state-of-the-art smart solutions, and information technology systems.”

“The extension design has a 90% fuel efficiency rate. This project has been completed with over 20 million Safe Man Hours without Lost Time Injury. The project focused on capacity building and the transfer of international expertise to UAE nationals, contributing to the Emiratisation of the energy sector.”

Dietmar Siersdorfer, CEO, Siemens Middle East and UAE added that the completion of the Jebel Ali M-Station expansion marked another milestone in the long history of Siemens and DEWA as strategic partners.

The station produces 140 MIGD from eight Fisia desalination units, deploying Multi-Stage Flash (MSF) distillation technology, each with a capacity of 17.5 MIGD and two dual-fuel-fired auxiliary boilers. The extension project added a total of 700MW of electricity to the M-Station. It includes two dual-fuel gas turbine generators each with a capacity of 263.5 MW, two Waste Heat-Recovery Boilers for steam generation and a back pressure steam turbine from Siemens with capacity of 173MW.