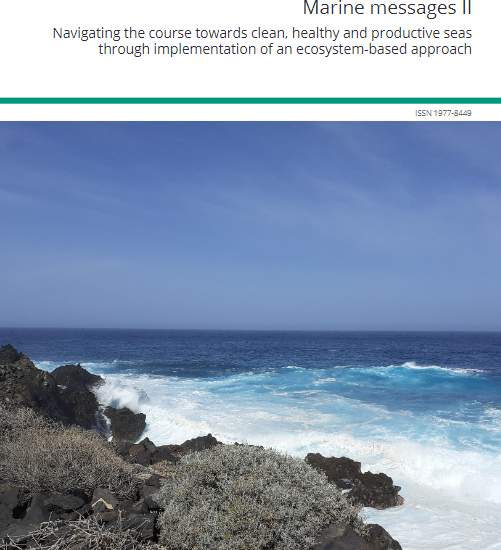 The European Environment Agency (EEA) is warning that urgent action is needed to bring Europe’s seas back to good condition and time is running out to reverse decades of neglect and misuse.

Europe’s marine ecosystems are facing increased threats posed by overexploitation of marine resources, pollution and climate change, according to a new report by the Agency.

The current condition of Europe’s seas is generally poor according to the EEA report ‘Marine Messages II’.

Historic and current use of our seas — from the Baltic to the Mediterranean — is taking its toll, resulting in changes in the composition of marine species and habitats to changes in the seas’ overall physical and chemical make-up.

Climate change is adding to these complex problems  and worsening the impacts of the other threats. The combined effects of these changes are currently on a path which could cause irreversible damage to marine ecosystems, the EEA report says.

However, there are signs of marine ecosystem recovery in some areas as a result of significant, often decade-long, efforts to reduce certain impacts like those caused by contaminants, eutrophication and overfishing.

According to the EEA, EU Member States are unlikely to achieve in all their waters by 2020 the ‘good environmental status’ goal of  the EU’s Marine Strategy Framework Directive (MSFD), the main EU law for marine environmental protection.

Nonetheless, significant progress and achievements have been made since the Directive is in place.

The conclusions are echoed by the European Commission’s own report, reviewing the current state of implementation of the Directive, which has been published alongside the EEA report. The EEA’s report feeds into the Commission’s review and suggests solutions that can help the EU achieve the legislation’s goal of clean, healthy and productive seas, mainly through ecosystem-based management.

All the data reported by EU Member States to the Commission is also being made public for the first time at a dedicated website on WISE-Marine, as well as data products and visualisation tools that provide an overview of the status of the marine environment in the EU.

“Our seas and marine ecosystems are suffering as a result of years of severe over-exploitation and neglect. We may soon reach a point of no return, but, as our report confirms, we still have a chance to restore our marine ecosystems if we act decisively and coherently and strike a sustainable balance between the way we use of seas and our impact on the marine environment. In this context, the new EU Biodiversity Strategy to 2030 and other elements of the European Green Deal bring renewed hope that urgent and coherent action for protection and restoration will be underway.”