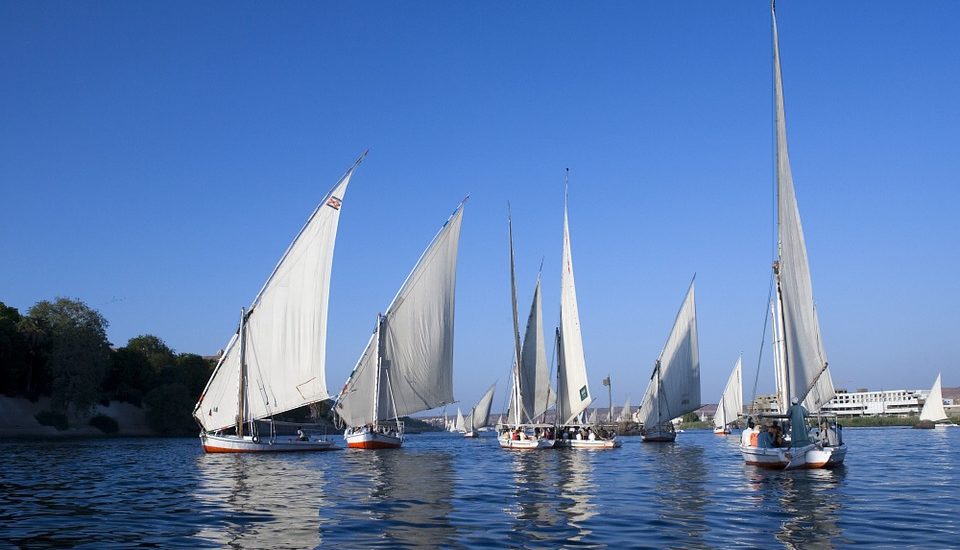 According to a live report by President Abdel Fattah al-Sisi on state television on Monday, Egypt is building “the largest wastewater treatment and desalination plant” to mitigate the impact of the upstream Grand Renaissance Dam currently being built by Ethiopia on the Blue Nile.
Speaking during the inauguration of infrastructure projects, the president said:
“We are only doing what we need to do so we can solve a potential problem…. We will not allow a water problem to materialize in Egypt.”
Sea water desalination is highlighted on the Egyptian Government website as one of the most important future means of increasing water resources.
According to the website, an agreement is in the offing by which Nile waters would be regulated and distributed based on each country’s historical and acquired rights as provided for in previous covenants. Agreement has already been reached on 95 per cent of the articles and experts are currently working on the remaining parts.
The Nile-dependent country says it has “historic rights” to the river, guaranteed by treaties from 1929 and 1959.
The  Renaissance Dam is identified on the website as causing an increase in the water challenges faced by Egypt, which states:
“Despite the steady population growth in Egypt and the increasing need for water for agriculture, domestic and industrial uses, the figures of the Central Agency for Public Mobilization and Statistics clearly indicate the decline of Egypt’s water resources in 2013/2013 to 70.5 billion cubic meters, compared to 72.36 billion cubic meters in 2008/2009. It is imperative for the Egyptian government to preserve Egypt’s water resources and development it to keep pace with current and future needs.”
Egypt argues that the Renaissance Dam will cut into its water supply, of which the Nile provides over 95 per cent. Around 60 per cent of Egypt’s Nile water originates in Ethiopia from the Blue Nile, one of two main tributaries.
The website says “the Nile water crisis is one of the biggest and most important challenges facing Egypt”, describing  it as a crisis related to Egyptian national security and the destiny of future generations.
Egypt’s Foreign Minister Sameh Shoukry Foreign Minister Sameh Shoukry visited Addis Ababa in December for discussions with his Ethiopian counterpart Workneh Gebeyehu on ways of enhancing joint cooperation and the outcome of a recent technical committee meeting on the Ethiopian dam.
Egyptian Foreign Ministry spokesman Ahmed Abu Zeid said in a press statement that during the meeting Shoukry had expressed Egypt’s concern over faltering of the technical course of the dam negotiations.
In Egypt’s view the historic treaties grant it 87 percent of the Nile’s flow, together with the power to veto upstream projects.