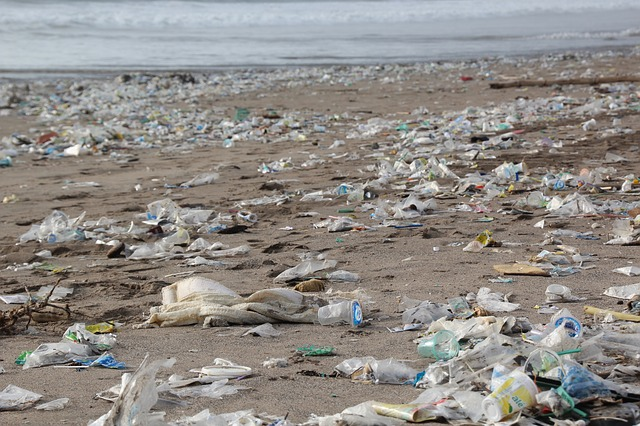 EU-funded researchers are deploying cutting-edge technologies to prevent and mitigate the growing environmental hazard threat posed to marine ecosystems and contaminating the food chain with toxic compounds by millions of tonnes of plastic waste which enter the world’s oceans each year.

The EU-funded CLAIM project is targeting plastic waste in all its forms – from packaging materials discarded in rivers and the sea to tiny micro-plastic granules and fibres from cosmetic products and clothing washed down household drains.

By deploying and demonstrating a range of innovative technologies to collect and treat plastics waste, the CLAIM team aims to prove the feasibility of pollution-prevention approaches that are set to make a big impact on protecting the marine environment.

The proposed technologies will prevent litter from entering the sea at two main source points: waste-water treatment plants and river mouths. A photocatalytic nano-coated device will be developed for use in treatment plants to clean micro-plastics. The nano-coating system harnesses the power of the sun to jump-start the degradation of minuscule nanoparticles of common plastics like PVC, nylon or polypropylene in the water.

The project will also deploy a thermal treatment device for energy recovery from collected litter on-board ships and also in ports. Using a small-scale pyrolyzer – a type of decomposer – recovered plastics will be subjected to a thermal-chemical process to convert them into recyclable materials and a combustible gas that could be used on the boat to generate electricity.

An innovative floating boom for collecting visible litter will be deployed at river mouths.  A new method will be developed and used on-board ships (Ferrybox) to filter and measure micro-plastic pollution. The system could be used on ships or ferries travelling busy routes.

The systems and methods will be demonstrated under real-world conditions via trials in partially enclosed regions of the Mediterranean and Baltic seas, such as the Saronikos Gulf, Gulf of Lyon, Ligurian Sea and Belt Sea. These are areas where ecosystems are particularly susceptible to the accumulation of plastics waste.

Alongside the tests, the CLAIM consortium, which includes 19 research and industrial partners in 15 countries, will develop novel business models to enhance the economic feasibility of upscaling the project’s innovations.