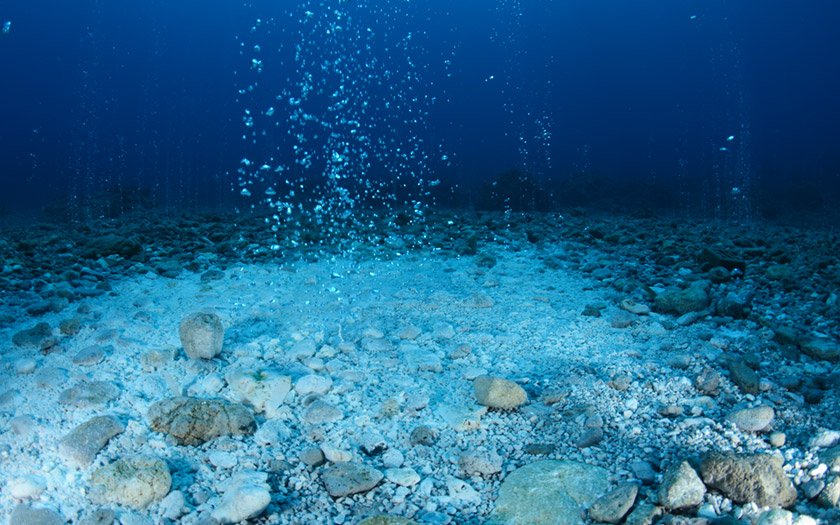 EU-funded researchers looking for new enzymes for use in industry which could make many chemical conversions more efficient, more sustainable and more affordable  have found marine microbes which produce an abundant variety of these biological catalysts,.

A vast collection, new knowledge, four patents and a start-up are the outcome of the EU-funded INMARE research. The project covered the entire workflow leading from the discovery and selection of new biocatalysts to the development of industrial processes, putting especially promising candidates to good use.

Particular attention focused on accelerating the process. While the entire sequence typically takes about seven years, the partners cooperating in INMARE were determined to demonstrate that it is possible to find and harness new enzymes for industrial applications in less than half the time.

Mission accomplished, according to project coordinator Peter Golyshin of Bangor University, in the United Kingdom.

‘Within the lifetime of this four-year project, having essentially started from scratch, INMARE managed to identify three enzymatic conversions that offered the performances required by the industrial partners involved in the consortium.’

Three processes based on new conversions and a compound with anti-tumour activity that was also discovered as part of the project have been patented, he adds.

The achievements are just some of several key outcomes of the project, which ended in March 2019. INMARE has assembled one of the world’s largest collections of enzymes of potential interest to industry, and generated abundant knowledge notably conveyed in around 100 publications in scientific journals, Golyshin reports.

The project’s legacy also includes the technological solutions it developed to streamline and accelerate the discovery process, such as bioinformatics tools to predict enzyme properties. A start-up that engineers bacteria to screen for enzymes for specific activities has also been created.

To find new microbes, INMARE headed into the deep. ‘The sea is the largest microbial environment on our planet, but it’s vastly under-sampled,’ says Golyshin. ‘And some of these microbes live in settings that are very hostile to life.’

Such microorganisms, known as ‘extremophiles’, have evolved to thrive in conditions where others simply could not survive. The industrial applications for which new biocatalysts are sought often involve similar conditions – such as scorching temperatures or high pressure, for instance – and the enzymes produced by marine extremophiles therefore seemed particularly promising, according to Golyshin.

‘Our thinking was that several billion years of evolution had shaped the microbes in these bizarre habitats, and that these microorganisms must therefore produce enzymes that are already adapted,’ he notes. INMARE collected samples from locations such as hydrothermal vents and brine pools at the bottom of the sea.

The DNA in the samples was then assessed to identify genes coding for activities of interest. INMARE screened several million clones of fragments of DNA and identified about a thousand enzymes, from which a few hundred were shortlisted for further analysis.

Subsequent steps in this funnelling process eventually yielded the three enzymatic conversions already made available to the project’s industrial partners.

The library of active enzymes assembled by INMARE could support many more, Golyshin adds.

Not only is it composed of enzymes likely to suit particularly demanding settings, but it also comprises so-called ‘all-rounder’ enzymes with the potential to support a variety of conversions. It has long been thought that enzymes were tailored to individual substances (or ‘substrates’). In fact  many can work on other feedstock as well, Golyshin explains.

Enzymes such as INMARE’s hardy all-rounders hold the key to substantial refinements of chemical conversions required by industry, says Golyshin – notably in that they would virtually eliminate the need to deal with the by-products often generated by chemical processes.

Biocatalysts could also boost sustainability in other ways, by shaping more resource-efficient products. For example, enzyme-containing detergents designed to produce the same results as conventional products at much lower temperatures have a good application potential, Golyshin notes.

Prospective users intrigued by the contents of INMARE’s treasure trove are encouraged to get in touch. ‘We have more interesting proteins than our industrial partners can digest,’ Golyshin concludes.