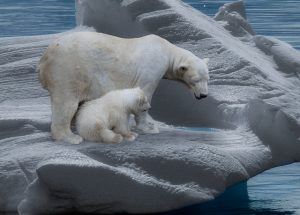 The European Environment Agency is warning that surface temperatures across Europe are warming faster than global average – and are set to continue to increase throughout this century at a higher rate than the global average.

Global mean near-surface temperature during the last decade (2010-2019) was 0.94 to 1.03 °C warmer than the pre-industrial level, which makes it the warmest decade on record.

European land temperatures have increased even faster over the same period, by 1.7 to 1.9 °C. All United Nations Framework Convention on Climate Change (UNFCCC)  member countries committed in the 2015 Paris Agreement to limiting the global temperature increase to well below 2 °C above the pre-industrial level and to aim to limit the increase to 1.5 °C.

However, without drastic cuts in global greenhouse gas emissions, even the 2 °C limit will already be exceeded before 2050.

Trends in annual global temperatures are an important indicator of the magnitude of climate change and its possible impacts. Global temperature has been rising steadily since the end of the 19th century. The rate of increase has been particularly high since the 1970s at about 0.2 °C per decade.

The year 2019 was the third warmest year on record, and 19 of the 20 warmest years have occurred since 2000. The Arctic region, but also Europe, have been warming much faster than the global average. Human activities, particularly greenhouse gas (GHG) emissions, are largely responsible for this warming.

The observed warming up to now already amounts to half of the maximum 2 °C increase that would be compatible with the Paris Agreement.

The EEA is warning that Europe is warming faster than the global average. The mean annual temperature over European land areas in the last decade was 1.7 to 1.9 °C warmer than during the pre-industrial period. Particularly high warming has been observed over the Iberian Peninsula, across central and north-eastern Europe, particularly in mountainous regions, and over southern Scandinavia.

The four warmest years in Europe since instrumental records began were 2014, 2015, 2018 and 2019. Many parts of Europe experienced an exceptional heat wave in June and July 2019, during which many all-time national temperature records were broken.

Projections from the EURO-CORDEX initiative suggest that temperatures across European land areas will continue to increase throughout this century at a higher rate than the global average.

Under three of the four emissions scenarios (or representative concentration pathways — RCPs) considered in recent IPCC reports, the maximum warming level of 2 °C would be exceeded in the 2040s. Global temperatures are projected to increase by 1.7 to 3.2 °C above pre-industrial levels under RCP4.5 and by 3.2 to 5.4 °C under RCP8.5 by the end of the century.

The Agency said that the only scenario with a chance of staying within the limits established by the Paris Agreements is RCP2.6, with a projected warming of 0.9 to 2.3 °C.