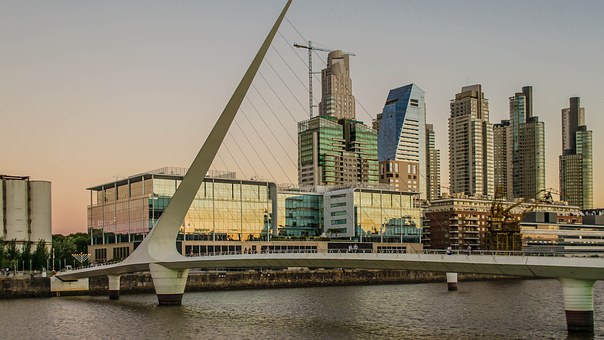 Google has launched an online environmental impact tool for cities designed to make it easier for cities to access, and act upon, new climate-relevant datasets.

Created) in collaboration with the Global Covenant of Mayors for Climate & Energy (GCoM), the international alliance of nearly 10,000 cities and local governments committed to fighting climate change, the Environmental Insights Explorer (EIE) is aimed at helping cities lower emissions.

This week, thousands of leaders from cities, states, businesses, investors, and environmental organizations are meeting in San Francisco, California at the Global Climate Action Summit to commit to raising the level of ambition in the fight against climate change.

More than 9,000 cities have made commitments to comply with the Paris Agreement, which presents a formal plan and timeline to phase out reliance on fossil fuels – however less than 20% have been able to complete, submit or monitor greenhouse gas inventories.

The cities rely on huge carbon data sets to help identify where they may be able to cut emissions – many of them lack the resources to gather data such as building emissions, making it hard for them to set firm carbon commitments of their own.

EIE will enable cities to assess virtually data sets that previously needed onsite measurements and took many months to compile, reducing cost and time investment that until now has prevented them from taking action.

“The vast majority of cities aren’t in the position to finance a process that will take time and might be cost prohibitive, especially the small to medium cities in developing areas of the world. And that’s where most of the action will take place in relation to the Paris Agreement on climate change.”

On the EIE site, data is freely available in four categories:

Clicking on “Building emissions,” for example, brings up detailed maps visualizing the emissions impact for both homes and non-residential buildings.

Users can drill down into more specific statistics for each category, including percentage breakdowns of emissions, the time period from which the data was collected and key assumptions made.

This tool will provide us with much more precise data on the flow of transport emissions and the potential of the City to generate solar energy. It is a key input to design policies that reduce emissions and make Buenos Aires a smarter, greener and more sustainable and resilient city.”

Data can be used to inform proposals for individual projects

The data can also be used to inform plans for individual projects – for example, a city could track a new transportation line’s potential impact on its emissions profile before deciding whether to implement the project.

“Now we can bring data analytics to conversations about renewable energy and show people that they’re able to generate enough solar power for their entire city.”

EIE has developed from climate-related projects at Google, including Earth Engine, a platform for geospatial analysis and Project Sunroof, a tool that measures rooftop solar energy potential.

The data in the Environmental Insights Explorer is available to down­load, making it easy to compare different areas, in­corporate the data into other analyses or include it in reports and communications.

Google is also inviting feedback from users on which data sets would be most helpful and how the platform can be improved – users can also request a city for inclusion.

It plans to eventually make environmental information available to thousands of cities, towns, and regions around the world and to expand on the tool, methodologies and datasets.

“Cities are making great progress in cutting emissions and better data will help them do more, faster, to help us reach our Paris goals – and that’s why this new global standard and new partnership with Google are both so important. They will arm cities with a wealth of valuable new data to target emissions – and new evidence to help smart strategies spread.”

The Global Covenant of Mayors has also separately announced that a new global framework for reporting city greenhouse gas emissions inventories will go into effect on 1st January  2019.

GCoM said that by harmonizing city climate data reporting and making data available in the open platforms for cities to learn from each other, cities will not only be able to quantify and compare their results, but will also for the first time use an approach for quantifying their impact that is consistent with that of national governments.