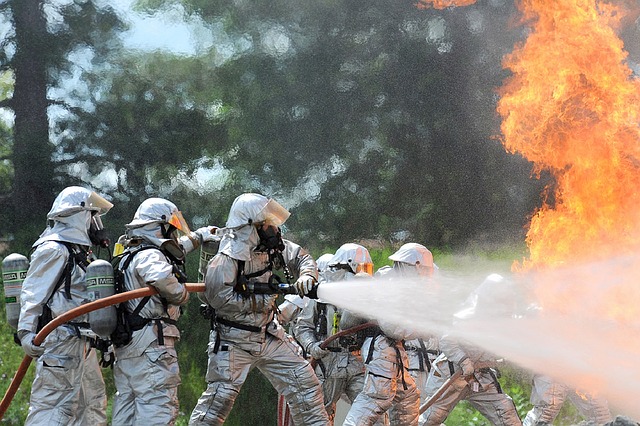 Record breaking heatwaves and droughts in North America and Western Europe, torrential rainfalls and floods in South-East Europe and Japan – the summer of 2018 brought a series of extreme weather events that occurred almost simultaneously around the Northern Hemisphere in June and July.

A new study by an international team of climate researchers has found that the extremes had something in common,: the events were connected by a newly identified pattern of the jet stream encircling the Earth.

The jet stream formed a stalled wave pattern in the atmosphere which made weather conditions more persistent and thus extreme in the affected regions. The same pattern also occurred during European heat waves in 2015, 2006 and 2003, which rank among the most extreme heatwaves ever recorded. In recent years, the scientists observed a clear increase of these patterns.

The jet stream, about 10 km high up in the atmosphere, steers large scale weather systems from west to east around the globe. The wind system can develop large meanders, so-called Rossby waves, and occasionally these waves stay in place for weeks.  Under these conditions warm sunny days can turn into a heat wave and drought, and rainy days into a flood.

Lead author Kai Kornhuber from the University of Oxford and the Potsdam Institute for Climate Impact Research (PIK) explaine:

“Our study shows that the specific locations and timing of the 2018 summer extremes weren’t random but directly connected to the emergence of a re-occurring pattern in the jet stream that stretches around the entire Northern Hemisphere.”

The researchers found a strong relation between the pattern and persistent heat extremes in Western Europe, North America and the Caspian Sea region. This pattern was present during other years with extreme weather events such as the heat waves in Europe during summer 2015, 2006 and 2003. Moreover, its frequency and duration have in fact increased over the last two decades.

“ In the two decades before 1999, there were no summers that saw a stalling wave pattern lasting for two weeks or more, but since then we have seen already seven such summers,” said co-author Dim Coumou from Vrije Universiteit Amsterdam and PIK.

The observed wave pattern is anticipated to re-occur more frequently in future because of climate change and human-caused global warming. There is a physical reason behind this: Land masses tend to heat up faster than the ocean areas. This leads to a more pronounced temperature contrast between land and ocean areas.

“The stalling wave pattern may be favoured by this increased land ocean temperature contrast. Another relevant aspect could be the cooler than normal North Atlantic, likely a result of a slowdown of the Atlantic Meridional Overturning Circulation, commonly known as Gulf Stream System. However, this needs further investigation,” Stefan Rahmstorf added, who leads the Earth System Analysis research department at PIK.

Risk of very-extreme heatwaves in North America and Europe

The study also highlights that the simultaneous occurrence of extreme weather amplifies the risks for societies and global food production in particular. The affected regions constitute crop production sites which are amongst world’s most major bread baskets, and the majority of humans live in the Northern Hemisphere.

Scott Osprey from the British National Centre for Atmospheric Science based at the University of Oxford commented:

“These persistent heatwaves occurring through stalled wave patterns come on top of the general increase in temperature observed due to global warming. This creates the real possibility of particularly extreme heat waves, most notably in regions like North America and Europe.”

The identified pattern provides an opportunity for improving the early-prediction of future extreme weather events for vulnerable regions in the Northern Hemisphere. “It’s essential to consider these stalling wave patterns for future research on extreme weather,” concluded Kornhuber.