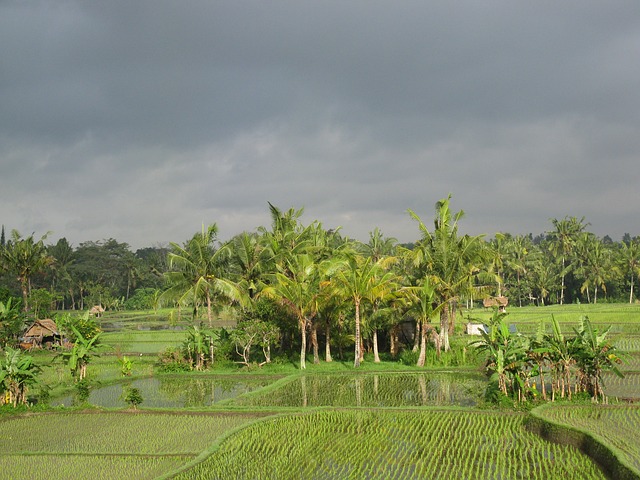 A new report from the UN Food and Agriculture Organisation and the International Water Management Institute is warning that water pollution from unsustainable agricultural practices poses a serious risk to human health and the planet’s ecosystems.

In many countries the biggest source of water pollution today is agriculture — not cities or industry — while worldwide, the most common chemical contaminant found in groundwater aquifers is nitrate from farming, according to More People, More Food, Worse Water? A Global Review of Water Pollution from Agriculture.

Modern agriculture is responsible for the discharge of large quantities of agrochemicals, organic matter, sediments and saline trading into water bodies, the report says. 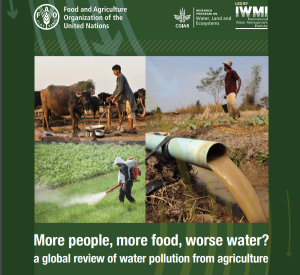 “Agriculture is the single largest producer of wastewater, by volume, and livestock generates far more excreta than do humans. As land use has intensified, countries have greatly increased the use of synthetic pesticides, fertilizers and other inputs,” write Eduardo Mansur, Director of FAO’s Land and Water Division, and Claudia Sadoff, IWMI Director-General, in their introduction to the report.

“While these inputs have helped boost food production, they have also given rise to environmental threats, as well as to potential human health concerns,” they add.

The agropollutants of greatest concern for human health are pathogens from livestock, pesticides, nitrates in groundwater, trace metallic elements and emerging pollutants, including antibiotics and antibiotic-resistant genes excreted by livestock.

The new report represents the most comprehensive review of scientific literature on the issue complied to date, and aims to fill information gaps and lay out policy and farm-level solutions in one consolidated reference.

The boom in global agricultural productivity that followed the Second World War was achieved in large part through the intensive use of inputs such as pesticides and chemical fertilizers, according to the report.

Since 1960 the use of mineral fertilizer has grown ten times, while since 1970 global sales of pesticides climbed from around $one billion to $35 billion a year.

Meanwhile, the intensification of livestock production — world livestock numbers have more than tripled since 1970 — has seen a new class of pollutants emerge: antibiotics, vaccines and hormonal growth promoters that travel from farms through water into ecosystems and our drinking water.

At the same time, water pollution by organic matter from livestock farming is now significantly more widespread than organic pollution from urban areas.

Another booming sector, aquaculture (which has expanded twenty-fold since 1980) is now releasing ever greater amounts of fish excreta, uneaten feed, antibiotics, fungicides and anti-fouling agents into surface waters.

What can be done

Water pollution from agriculture is a complex challenge and effectively managing it requires a range of responses, the report says.

The most effective way to mitigate pressure on aquatic ecosystems and rural ecologies is to limit the export of pollutants at the source or to intercept them before they reach vulnerable ecosystems. Once off-farm, the costs of remediation progressively increase.

One way to do this is to develop policies and incentives that encourage people to adopt more sustainable diets and limit increases in demand for food with a large environmental footprint — for example taxes and subsidies.

At the consumer level, reducing food waste can help. One study covered in the report estimated that nitrogen pollution from food waste adds up to 6.3 teragrams per year.

“Traditional” regulatory instruments will also continue to be a key tool in reducing farm outputs of pollutants. These include

However, the report acknowledges that well-known principles for reducing pollution, such as ‘polluter pays,’ are hard to apply to non-point agricultural pollution because identifying the actual polluters is neither easy nor cheap.

On the farm, a number of best practices can reduce the export of pollutants into surrounding ecosystems, for example: minimizing the use of fertilizers and pesticides, establishing buffer zones along watercourses and farm boundaries, or improving drainage control schemes.

Integrated pest management, which combines the strategic use of pest-resistant crop varieties with crop rotation and the introduction of natural predators of common pests is another helpful tool.

The report warns that availability of water resources globally is on the decline, and in many parts of the world, poor water quality makes it unsafe to use.

The report has been published jointly by the Food and Agriculture Organization of the United Nations (FAO) and the CGIAR Research Program on Water, Land and Ecosystems (WLE), led by the International Water Management Institute (IWMI).