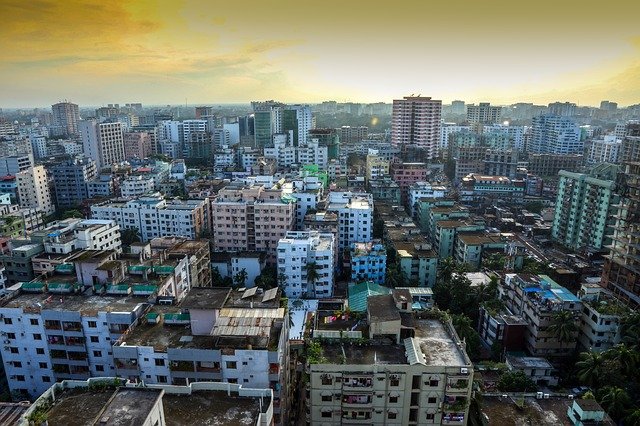 Contamination of urban lakes, rivers and surface water by human waste is creating pools of ‘superbugs’ in Low- and Middle-Income Countries (LMIC)  – but improving access to clean water, sanitation and sewerage infrastructure could help to protect people’s health, a new study reveals.

Researchers studied bodies of water in urban and rural sites in three areas of Bangladesh – Mymensingh, Shariatpur and Dhaka. They found more antibiotic resistant faecal coliforms in urban surface water compared to rural settings, consistent with reports of such bacteria in rivers across Asia.

Publishing their findings in mSystems today, researchers from the University of Birmingham and the International Centre for Diarrhoeal Disease Research, Bangladesh call for further research to quantify the drivers of antibiotic resistance in surface waters in Bangladesh.

Lead author Willem van Schaik, Professor of Microbiology and Infection at the University of Birmingham, commented:

“The rivers and lakes of Dhaka are surrounded by highly-populated slums in which human waste is directly released into the water. The presence of human gut bacteria links to high levels of antibiotic resistance genes, suggesting that such contamination is driving the presence of these ‘superbugs’ in surface water.

“Interventions aimed at improving access to clean water, sanitation and sewerage infrastructure may thus be important to reduce the risk of antimicrobial resistance spreading in Bangladesh and other LMICs. While levels of antibiotic resistance genes are considerably lower in rural than in urban settings, we found that antibiotics are commonly used in fish farming and further policies need to be developed to reduce their use.”

The prevalence of antibiotic-resistant bacteria causing infections is increasing globally, but the clinical issues, including significant morbidity and mortality, posed by these bacteria are particularly alarming in LMICs. The prevalence multidrug-resistant E. coli among healthy humans is relatively high in Bangladesh, as it is in other LMICs.

Dhaka, has a population of around 16 million people, with a population density that ranks among the highest of any megacity, but less than 20% of households are directly connected to sewerage infrastructure.

The research team found that urban surface waters in Bangladesh are particularly rich in antibiotic resistance genes, with a higher number of them associated with plasmids indicating that they are more likely to spread through the population.

Antibiotic-resistant bacteria that colonize the human gut can be passed into rivers, lakes and coastal areas through the release of untreated wastewater, the overflow of pit latrines during monsoon season or by practices such as open defecation.

These contaminated environments are often used for bathing, for the washing of clothes and food preparation equipment, thus increasing the risk of human gut colonisation by antibiotic-resistant bacteria.