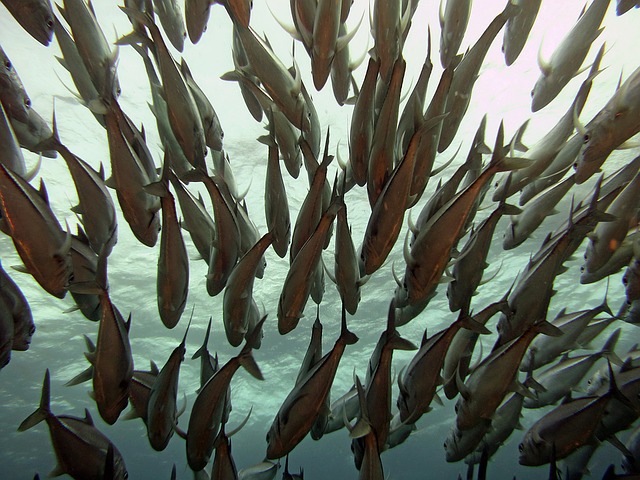 Scientists at the University of Adelaide have demonstrated how climate change can drive the collapse of marine “food webs”.

Disturbances in energy transfer can potentially lead to a decrease in food availability for top predators, which in turn, can lead to negative impacts for many marine species within these food webs.

The mini-food web was maintained under future climate conditions for six months, during which time the researchers measured the survival, growth, biomass, and productivity of all animals and plants, and used these measurements in a sophisticated food web model.

The study showed that increased temperatures reduced the vital flow of energy from the primary food producers at the bottom (such as algae), to intermediate consumers (herbivores), to predators at the top of marine food webs.

Professor Ivan Nagelkerken of the University of Adelaide’s Environment Institute said understanding how ecosystems functioned under the effects of global warming was a challenge in ecological research. He said most research on ocean warming involved simplified, short-term experiments based on only one or a few species.

“If we are to adequately forecast the impacts of climate change on ocean food webs and fisheries productivity, we need more complex and realistic approaches, that provide more reliable data for sophisticated food web models,” Professor Nagelkerken said.