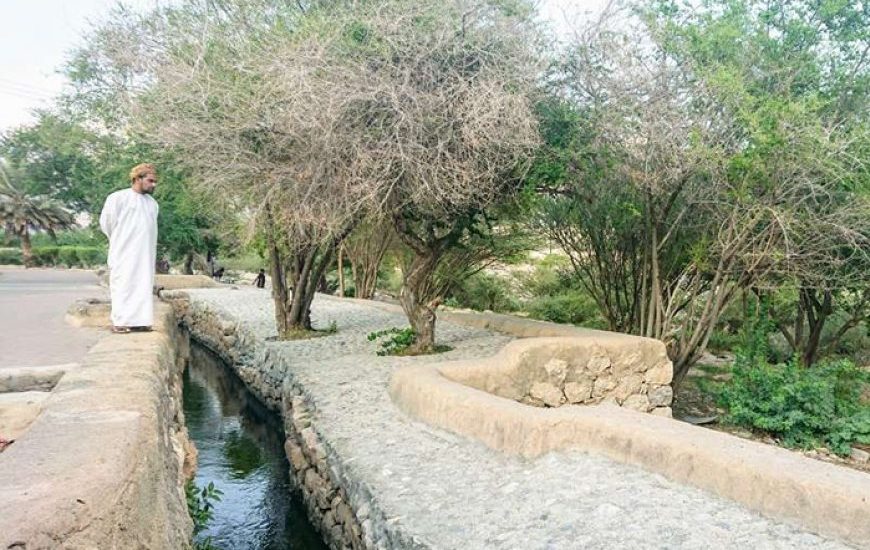 Under the aegis of the Oman Netherlands Taskforce on Water, the Sultanate of Oman has issued two new tenders for Dutch water expertise.

Established in 2017, since then the partnership has seen numerous successful follow-up meetings and exchanges of ideas and recommendations. The cooperation is continuing in 2020 and is offering new opportunities for the Dutch water sector.

The latest openings come in the following two tenders:

1. The Omani Ministry of Agriculture is looking for an expert from the Netherlands on improving water use efficiency through subsurface irrigation and other efficient water use systems

The Oman Ministry of Agriculture is reviewing its system of irrigation. Currently, surface irrigation is the prevailing means of irrigation, accounting for 75% of the irrigated area in Oman. However, given the high temperatures and the very high evaporation rates in Oman, this irrigation system loses much precious water.

In contrast, subsurface drip irrigation systems have proven to have higher water use efficiency and better water productivity as water is directly injected into the root zone, eliminating direct evaporation from the soil surface. The Omani Ministry of Agriculture is seeking to access the Netherlands’ extensive experience in applying and developing subsurface irrigation systems and is looking for a Dutch water expert to help improve water efficiency in agriculture in Oman. Click here for more information.

2. The Netherlands Enterprise Agency (RVO) is looking for organisations to develop capacity building training for Shiraka

Shiraka is a Dutch Ministry of Foreign Affairs programme that supports sustainable transition in the Middle East and North Africa (MENA) region. Following recent meetings in Muscat, Shiraka is inviting Dutch organisations that can offer the Ministry of Regional Municipalities and Water Resources training in a Decision Support System for water management. The training should also include implementing and managing an accurate water database, and effective ways of collecting, understanding and using data, for example when communicating to the general public and other stakeholders. Click here for more information.

With limited freshwater resources, Oman faces a complex water scenario. The centuries old falay irrigation system brings water from the mountains to the villages and connects to a complex system of dams, gates and channels.

In addition, desalination has become an important source of the country’s potable water since the 1970s. Economic growth and a growing population are pushing up the demand for water which is now exceeding Oman’s water resources. As the average temperature in Oman is expected to rise by two to four degrees, the faster evaporation of open water reserves may exacerbate the country’s existing water shortages.

In 2016, the Omani government officially invited the Netherlands to further intensify the cooperation on water management between the two nations. In response, the Dutch Ambassador in Oman and the Netherlands Water Partnership (NWP) co-organised a reconnaissance mission to Oman at the beginning of March 2017. This signalled the start of the Oman Netherlands Taskforce on Water which brings together an extended group of water experts from both countries, representing government, knowledge institutes and business.

Since this first meeting, the Taskforce has come together once a year, strengthening the relationship on water between the two countries and exploring concrete opportunities for water cooperation.

The opportunities include the recently signed water contract with NWP members Witteveen + Bos and KWR. In cooperation with the Omani engineering firm YAS CE, they signed a three-year framework contract with Oman’s national water company, the Public Authority Water. Under the contract, the partners can compete with another partner to acquire projects related to water distribution networks in Oman.

NWP Managing Director, Bianca Nijhof, who has headed the Taskforce since 2019, commented:

“Our Omani counterparts value the integrated approach to water challenges adopted by the Dutch, like in the Delta Programme.”

“In the case of Oman, the situation is obviously not related to too much water, but to too little water. Sharing knowledge on preventing and controlling drought is an interesting exercise for the Dutch too as the Netherlands is experiencing severe droughts again and has a growing need to move to new solutions too.”

Looking to the future, Nijhof foresees many more potential opportunities for cooperation and sharing of expertise.

The collaboration between Oman and Netherlands also continued during the Wetskills Oman meeting which took place in March of this year. Other related events and conferences scheduled for 2020, such as the 2nd International Water Conference on Water Resources in Arid Areas at Sultan Qaboos University, WETEX and EXPO2020 in Dubai have been rescheduled.