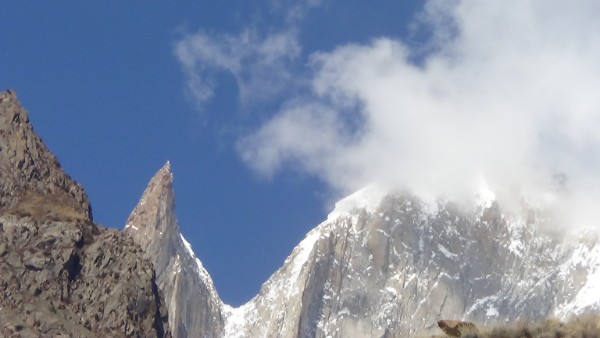 Under President Imran Khan’s leadership is aiming to plant 10 billion trees in 5 years to mitigate the impact of floods resulting from melting glaciers as part of its plans to tackle climate change.

The pledge was included in his Pakistan Tehreek-e-Insaf (PTI) party’s election manifesto committing the new Government to expand and restore the “fractured forests” of Pakistan through a “10 Billion Tree Tsunami” spread over 5 years via both community stewardship and public-private partnerships.

The tree-planting initiative is intended to reduce the risk of floods from melting glaciers in the north of the country.

Other measures in the PTI manifesto on action to manage climate change, which said environmental conservation will be at the core of PTI’s governance, included:

Pakistan ranks 7th on the most adversely affected countries due to climate change. The manifesto says the negative impact on weather pattern is already evident and that rising temperatures, major flooding, prolonged droughts, unpredictable rainfalls etc cost Pakistan an estimated USD $6 to $14 billion annually, even though the country barely contributes 0.2% to global emissions.

“We will mainstream climate risks and the associated costs into decision making and development planning to climate proof our infrastructure and make future development resilient and adaptive to climate change.”

“ We will aggressively implement initiatives and strive to stop polluting and start cleaning our air and water. We shall aim to internalise and integrate true environmental costs in all economic decisions and present a yearly national “Eco budget.”

In July a melting glacier caused flash floods in Pakistan’s north, inundating the city of Peshawar.

Last month also saw the launch of a US$37 million of United Nations Development Programme (UNDP) -supported project with grant funding from the Green Climate Fund to protect some 30 million people from dangerous glacial lake outburst floods and other climate change impacts.

Over 3,000 lakes have been created as a result of melting glaciers in the Gilgit-Baltistan and Khyber Pakhtunkhwa regions of Pakistan. Around 33 are considered hazardous, putting some 7.1 million people at risk from glacial lake outburst floods.

In 2010 the Booni Gol Glacier, located near Chitral, generated a flood that killed 1,980 people, injured an additional 2,946 more, and destroyed some 1.6 million homes.