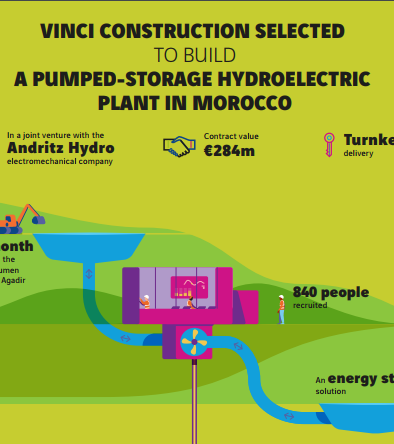 VINCI Construction, leader of a joint venture with the Andritz Hydro electromechanical company, has won the contract to build the Abdelmoumen pumped storage hydroelectric plant (PSP) located 70 km from Agadir, Morocco. The €284 million pumped-storage scheme is part of the plan to develop and integrate renewable energies in Morocco. The contract covers construction surveys, civil engineering works, supply of materials and pumping equipment, assembly, testing and commissioning.