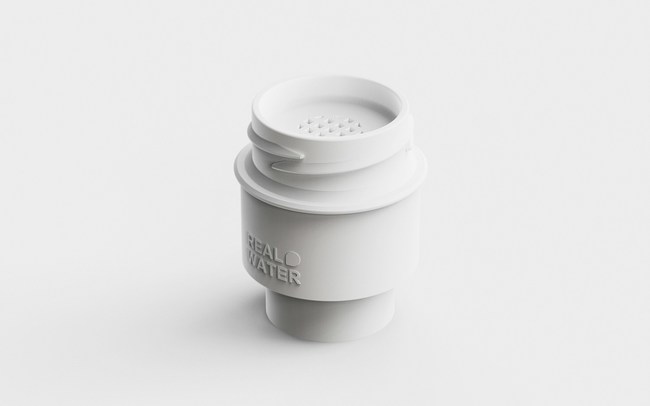 Real Water, Korean startup company founded by Kwon Hyeok Jae has designed a unique lid capable of filtering up to 0.005mm of fine plastic particles from bottled water. The aim of the product is to ensure that drinking water becomes safer for human consumption.

Real Water’s filter cap can filter around 120 liters of water. If, on average, a person drinks two liters of water a day, the cap will last for two months.

A study done by the State University of New York in 2018 found that tiny pieces of plastics exist in more than 90% of the samples collected from the world’s most popular bottled water brands. This is a major health concern which can be helped by using Real Water’s bottle cap saving millions of people from health issues arising from this contamination.

In order to conduct the study, 259 bottles of packaged drinking water of 11 different brands were collected as samples from nine countries involving China, Brazil, India, Indonesia, Mexico, Lebanon, Kenya, Thailand, and the U.S.

After the results of the study were made public, the World Health Organization (WHO) sought a review of the potential risks arising from plastic particles in drinking water. The study revealed that, on average, a person can consume 2,000 microplastics amounting to around 5 grams of plastic during one week.

After its successful launch Real Water got several customer inquiries from the overseas market as well. The startup is currently preparing to export its unique bottle cap filters to Japan and Taiwan.

“The issue of microplastics in bottled water is more serious overseas than in Korea. Some brands abroad have up to 10,000 microplastics per liter of water. As the demand is high, we are preparing to enter the overseas market in earnest.”