The Murray–Darling Basin Authority (MDBA) in Australia has started a new satellite monitoring trial to help measure ecological benefits of releasing water in the northern Basin, after a similar project successfully used satellites to guard against water theft.

The Murray–Darling Basin covers more than one million square kilometres across four states and one territory, including 23 river valleys and 77,000 kilometres of rivers.

The Basin accounts for about 14 per cent of Australia’s land mass and produces about 40 per cent of its food and fibre. 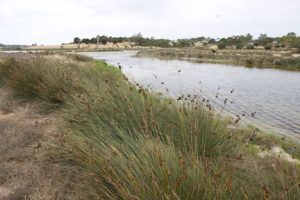 The Murray–Darling Basin has more than 30,000 wetlands — 16 of international importance under the Ramsar Convention, which are fundamental to the health and viability of the whole basin.

The MDBA, working with the Commonwealth Environmental Water Holder (CEWH), is now using satellite imagery to check how water for the environment is helping to revive pockets of the drought-affected Macquarie River and Macquarie Marshes and strengthen the resilience of fish, birds and vegetation ahead of expected ongoing dry conditions.

MDBA Chief Executive Phillip Glyde said the satellite images would be combined with on-the-ground data to track water for the environment currently being released from Burrendong Dam into the Macquarie River in northern New South Wales.

“The satellite images will help us measure the speed, flow and spread of the water through the Macquarie River and Macquarie Marshes, and should provide valuable information on how the water is benefitting the local ecology,” Mr Glyde said.

“The trial of the satellite technology follows our success in using satellites to track a major watering event through the Barwon and Darling Rivers earlier in the year, where the images helped ensure the water was not diverted for unauthorised use.

“This time, we’ll be using the information to help study how the water is changing the river environment and inundating vegetation as it heads towards the Barwon River.”

MDBA to use images from European Space Agency Sentinel satellites

The MDBA will use images from the Sentinel satellites operated by the European Space Agency, accessed through Australia’s largest supercomputer the National Computational Infrastructure (NCI), based at The Australian National University.

The Macquarie Marshes are one of the largest semi-permanent wetlands of inland Australia, parts of which are internationally-significant Ramsar listed. In wetter years, they are also one of Australia’s largest waterbird breeding sites.

The technology will also be used to measure movements of environmental water through the Gwydir Wetlands, in the Mallowa Wetlands, and along the Namoi River in coming months.

Water to benefit the Macquarie Marshes is being provided jointly by New South Wales through the Office of Environment and Heritage, and the Commonwealth.

The satellite images give a fresh view of the northern Basin every few days, and can detect changes to crops or vegetation as well as changes to water flows. The images will also help strengthen the MDBA’s compliance, reporting and regulatory responsibilities.

Commonwealth Environmental Water Holder, Jody Swirepik said the satellite tracking would help monitor and quantify the benefits achieved by water for the environment, especially during the current dry conditions.

“When conditions are dry, there is less water available for the environment, making it crucial that we get the maximum benefit from every drop we use,” Ms Swirepik said.

“The water is being delivered to support about 10 percent of the area of Macquarie Marshes to provide a core refuge for plants and animals.

“NSW has installed remote cameras on the ground to record water levels in the Marshes and changes in response to flows, while sound equipment has been set up to record frog and bird calls to keep track of how they respond to the flooding.”

The Murray–Darling Basin covers more than one million square kilometres across four states and one territory, including 23 river valleys and 77,000 kilometres of rivers.

The Murray–Darling Basin accounts for about 14 per cent of Australia’s land mass and produces about 40 per cent of its food and fibre.