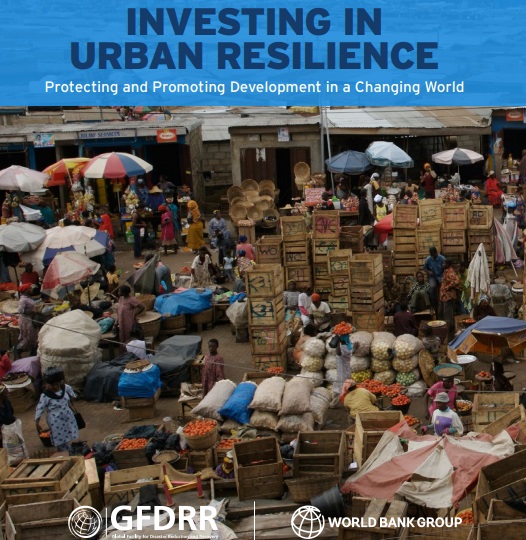 The Swiss State Secretariat for Economic Affairs (SECO)has become the first donor in the World Bank’s City Resilience Program (CRP). SECO’s US$9 million investment will anchor a ten-year, multi-donor trust fund that will finance programs to advance urban resilience and safer infrastructure in the built environment throughout the developing world.

The new trust fund, which will be managed by the Global Facility for Disaster Reduction and Recovery (GFDRR), comes at a turning point for urban resilience. In the past few weeks alone, the devastation from severe flooding in South Asia, the hurricane destruction experienced throughout the Caribbean and the Gulf of Mexico, and the extensive damage caused by two earthquakes in Mexico have underscored that infrastructure is particularly vulnerable to the impact of natural disasters.

Global average annual losses in the built environment are already estimated at US$314 billion.

That number could increase by more than $100 billion by 2030, when urban areas – which are already home to more than 55 percent of the global population, and continue to grow by 1.4 million people each week – will concentrate an even greater majority of the world’s people and assets.

As stated in the recent World Bank/GFDRR Investing in Urban Resilience report, without investment in urban resilience, climate change and natural disasters could reverse development gains, sending up to 77 million urban residents into poverty.

To address the challenges, CRP will work to facilitate ambitious, large-scale urban resilience investments in developing countries worldwide. Projects are already in the pipeline for Bolivia and Ghana, with discussions underway for future engagements in countries ranging from Colombia and Peru to Morocco and Vietnam.

The program’s goal is to shift away from the traditional model of investment in urban resilience, which tends to be sector- or industry-specific. Instead, the CRP aims to support a more comprehensive approach to building a city’s resilience, with technical and financial solutions that bridge disciplines and span sectors. The key to CRP’s holistic approach is an integrated platform for implementing resilience-enhancing measures, including infrastructure upgrades, stronger governance and policies, and broader financing options for capital investment.

Global demand for urban infrastructure investment put at US$4.5–5.4 trn per year

The options will be crucial – global demand for urban infrastructure investment is estimated at US$4.5–5.4 trillion per year. To address those needs, CRP will focus on enabling the World Bank Group to serve as a broker between public and private sectors, with special focus on stimulating investment from private capital, institutional investors, donor aid and finance, sovereign wealth funds, and other multilateral development banks.

In the past five years, the World Bank’s engagement in urban resilience has averaged nearly US$2 billion annually across 41 countries.

CRP will scale up these activities, and is poised to have an enormous impact on the future of cities. Sixty percent of the land projected to be urban by 2030 has yet to be built. Much of that growth will take place in the developing world, with 90 percent of urban growth through 2050 expected in Asia and sub-Saharan Africa alone. Decisions made right now about urban infrastructure investments, buildings, and land use will have huge implications in the next several decades.

The decisions could prove the difference between large, fragile, vulnerable urban areas, and the sustainable development of resilient cities that protect the safety of millions of urban residents.

October 2016 saw the publication of a flagship report co-authored by the World Bank Group and the Global Facility for Disaster Reduction and Recovery. Investing in Urban Resilience : Protecting and Promoting Development in a Changing World explores the rationale for increasing investment in the resilience of cities and their citizens to natural disasters and climate change. As the climate continues to change and the adverse impacts of disasters increase in cities which are housing a growing number of the world’s poor, developing resilient cities is becoming all the more critical.

Significant need and opportunities exist for the private sector to invest in the resilience of cities globally.

The report says meeting all the resilience financing needs of cities in the developing world will require far more resources than exist amongst all multilateral development finance institutions combined.

However, the report points out that the World Bank Group has the tools, expertise and experience to enable and leverage private sector capital towards urban resilience investments.