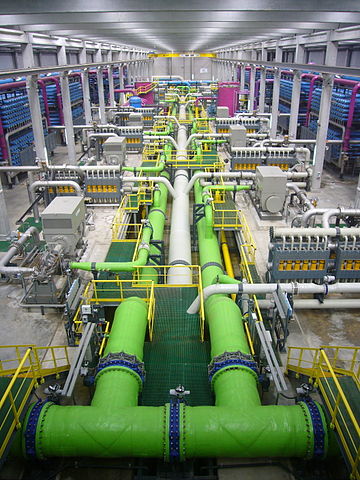 Gulf countries are investing extensively in infrastructure and moving up the desalination plant construction schedules to secure sufficient drinking water for their growing populations.

Toray said that more than 8 years of stable operation using Toray RO element at the Al Dur 1 Plant was recognized by the award of the contract for the Al Dur 2 Plant, while Toray’s solid desalination plant reference in the region was a key factor in the award of Umm Al Quwain Desalination Plant.

Looking to the future, Toray has reinforced its RO membrane production capacity and technical support on a global scale over the years to further contribute to resolving water issues.

The company has achieved the total accumulated water production of over 79,000,000 m3/day on RO membrane shipment basis –  equivalent to serving water to 550 million people, or around 7% of world population.

Headquartered in Tokyo, Japan, Toray said it will continue to supply RO membranes and other advanced membrane products via the enhancement of localized business activities to serve local demands and help overcome the challenges of ever increasing  water demand globally.  including the Middle East.

SIDEM Veolia (France) is EPC Contractor for both projects.