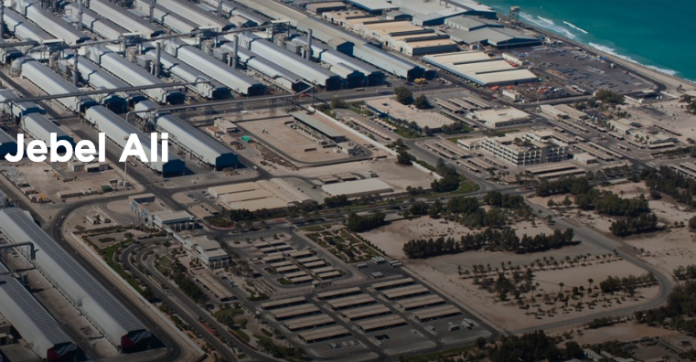 EGA was the world’s largest ‘premium aluminium’ producer in 2017 and is the largest industrial company in the United Arab Emirates outside oil and gas.

The disclosures made in the report are the outcome of a materiality analysis to identify sustainability topics that warrant the greatest levels of transparency and accountability, as well as EGA’s values and commitments.

The report focuses on 2017 performance but also incorporates data for 2014, 2015 and 2016 to illustrate trends since the formation of EGA through the merger of Dubai Aluminium and Emirates Aluminium in 2014.

Water plays a crucial role in EGA’s operational activities – in the UAE, EGA uses seawater for all water needs including cooling purposes for power generation and for the extraction of SO2 from smelting emissions.

The facilities at Jebel Ali include a desalination which plant produces 30 million gallons (136,000 m3) of both potable and distilled water per day using the multi-stage flash distillation process. It also include a power plant with 23 gas turbines and seven steam turbines with a total generating capacity of 2,350 megawatts.

The company uses much of the water it produces via desalination itself and supplies the excess to external customers – over 95 per cent of all water withdrawn is returned to the sea. Both temperature and salinity are closely monitored before water is released back into the ocean in order to minimise any impact on the marine environment.

All of EGA’s activities are managed through a Social and Environmental Management Plan which is complemented by a series of specific management plans, including:

“We recognise that our role must extend beyond simple compliance or keeping up with our peers. Working with our customers, regulators, shareholders and stakeholders, we intend to be an innovator and a leader in sustainability.”

EGA aspires to become certified to the Aluminium Stewardship Initiative’s Performance Standards, which are globally-applicable standards specific to responsible production, sourcing and stewardship within the aluminium value chain.

In 2015 EGA was tasked with developing the general guidelines for the Dubai Supreme Council of Energy’s Green Public Procurement Committee GPP, which are now rolled out to all DSCE member entities. The guidelines contribute to the energy and water efficiency strategies of the city of Dubai and to global emission reduction targets in line with international conventions including the Paris Climate Agreement.