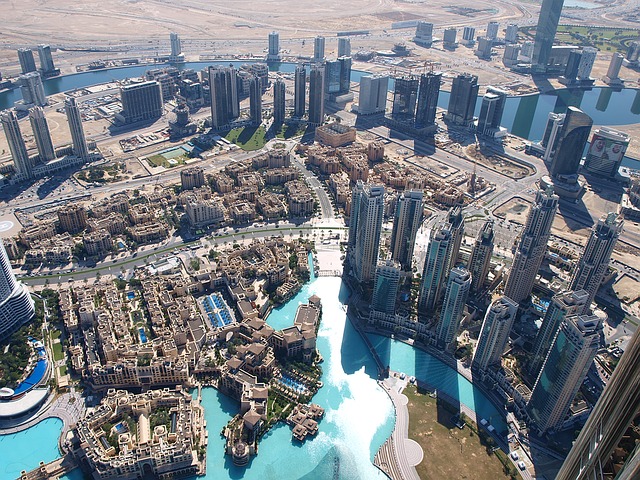 Dr. Thani bin Ahmed Al-Zeyoudi, Minister of Climate Change and Environment for the
United Arab Emirates,has said that the UAE is joining the 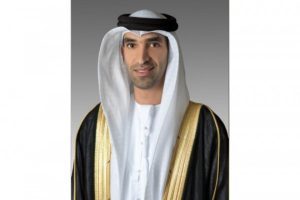 global community to participate proactively in the International Decade for Action: Water for Sustainable Development.

According to the Minister, the UAE has been pursuing an ambitious agenda towards sustainable water security over the past decades.

”However, overcoming the challenge of water security is not something the UAE is pursuing only for the sake of its people. As with several other areas where the country is leading global efforts, the UAE’s visionary leadership realises that policies and initiatives implemented at home can create products and knowledge that can be exported to the world and translate into a far-reaching impact,” Dr. Thani bin Ahmed Al-Zeyoudi said in his editorial opinion piece A March to Water Security.

Among the biggest environment news stories to grab the headlines this year has been the water crisis in Cape Town and the count down to ‘Day Zero’, when taps in the city of four million people are expected to run dry. While Cape Town may have averted Day Zero until 2019, thanks to extreme water rationing and an anticipated increase in rainfall, this crisis should serve as a wakeup call to the rest of the world.

Today, 60 per cent of the world’s population lives in water-stressed areas, where the demand for this precious resource far exceeds supply. That number is likely to rise: living with climate change means that we can expect to see more abnormal rainfall patterns, which in turn, could mean longer periods of drought and extreme flooding.

The world now realises the gravity of climate deviance – the recent session of the United Nations General Assembly in New York adopted a unanimous resolution to launch the International Decade for Action: Water for Sustainable Development – a 10-year action plan comprising programs and initiatives that are geared to place a greater emphasis on the integrated management of water resources. Clean, accessible water is critical for sustainable development, and is indispensable for human health, well-being and prosperity.

This is especially relevant to the UAE, which is one of the most arid places in the world. To put things in perspective, earlier in March, New York City received about 11 inches of snowfall on just one day, whereas the annual precipitation in the UAE is around four inches.

Exacerbating the climate situation, the UAE’s population has grown from less than one million people in the 1970s to well over nine million today, accompanied by rapid industrialization and dramatic levels of economic and social development – as well as a formidable increase in the demand for water. Alarmingly, our consumption levels remain among the highest in the world. Going back to the example of Cape Town, currently water is rationed to 50 liters per capita per day. At the same time, in the UAE we use 550 liters per capita per day – more than 10 times the allowance for a person in Cape Town, and more than double the world average.

Water is an even more important resource for UAE than oil

Given this background, it comes as no surprise that His Highness Sheikh Mohamed bin Zayed Al Nahyan, Crown Prince of Abu Dhabi and Deputy Supreme Commander of the UAE Armed Forces, has articulated that water is an even more important resource for the UAE than oil. It also explains why our country has been pursuing an ambitious agenda towards sustainable water security over the past decades.

However, overcoming the challenge of water security is not something the UAE is pursuing only for the sake of its people. As with several other areas where the country is leading global efforts, the UAE’s visionary leadership realizes that policies and initiatives implemented at home can create products and knowledge that can be exported to the world and translate into a far-reaching impact.

Think about it: if one of the world’s most arid countries can achieve sustainable water security, it surely augurs well for the rest of the world.

And, we already have a wealth of lessons to share. The UAE was one of the first countries to institute mandatory green building codes that have cut energy and water consumption by over 33 per cent in new buildings. We have made similar interventions in agriculture and landscaping, as well as in treating wastewater and redirecting it for cooling, irrigation, and industry. This approach has saved our government and companies hundreds of millions of dirhams.

Masdar City is an outstanding example of an innovative and sustainable urban-development project that places water efficiency at its core. Buildings in the City are designed to consume 54 per cent less water than average buildings do in the UAE. In addition, 75 per cent of the hot water requirement is provided through thermal receptors fixed on rooftops. The use of water for irrigation, likewise, has been reduced by 60% through leveraging an efficient sprinkler system and innovative landscaping methods.

Moreover, the Dubai Electricity and Water Authority (DEWA) is a major contributor to the UAE’s strategy towards water security. It’s many initiatives in this area include the Conservation Award, which raised awareness of the importance of water rationing among educational institutions’ staff and students, leading to a cut-down of their water use by 1.4 billion gallons in 11 years.

Another major initiative by DEWA is developing a smart system for remotely monitoring the water distribution network and detecting any defects and leaks. DEWA is also in the process of establishing a sea water reverse osmosis-based desalination plant that once completed, will reduce the operational cost of water desalination in the emirate and enhance its productivity and efficiency.

Furthermore, the UAE is also investing in new solutions – the National Innovation Strategy directs research and development into a detailed plan for the sector and aims to achieve tangible international benefits. For instance, the UAE Research Program for Rain Enhancement Science is an internationally – recognised initiative that offers an annual grant of US$5 million for innovation in the field of rain enhancement. With the first two cycles of the program well on track to implementing water security innovations on the ground, it is set to become a game-changer for the world’s arid regions.

Among the major areas in which the UAE has registered significant success is the country’s effort in raising awareness of water consumption trends and the use of water in agriculture through consumer education.

A clear example is the phasing-out of Rhodes grass, which is a highly water-intensive feed crop estimated to account for around 60 per cent of agricultural water use and over 30 per cent of the total water consumption in the UAE. Many research and development projects are currently underway to increase agricultural productivity while reducing water consumption. These include the introduction of greenhouses, sub-surface irrigation and hydroponics. It is estimated that such techniques use 90% less water for the same quantity of crops produced.

The UAE is excited to join the global community in participating proactively in the International Decade for Action: Water for Sustainable Development. We look forward to leading the march here, as we do in so many other areas, through formulating cutting-edge policies and technological solutions that help solve local and global challenges.