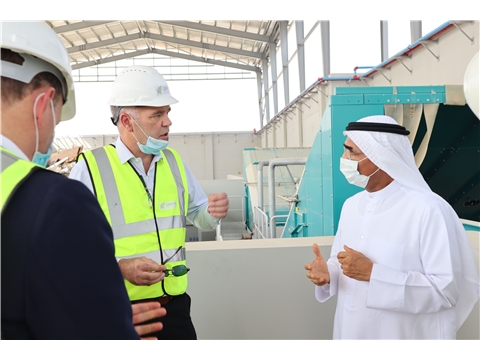 The indicator measures the proactive initiatives undertaken by countries in devising new laws related to the environment and climate change, as well as in updating existing laws, and executing them.

According to a Gallup poll, the UAE has placed first in the Satisfaction with Preservation Efforts category of The Legatum Prosperity Index. This indicator measures public satisfaction with the country’s efforts to preserve its environment for future generations.

Meanwhile, the Environmental Performance Index (EPI) ranks the UAE first globally in SO2 Emissions Intensity. This indicator measures the rate of reduction in SO2 emissions over several years.

According to EPI, the UAE tops the category of Household Solid Fuels globally. The country has registered a marked reduction in the use of solid fuels for heating and cooking by households over the past two years. This is a significant win on the environmental front in the context of the high emissions of air pollutants that household solid fuels generate.

According to EPI, the UAE leads the global Wetlands indicator that measures the loss of wetlands over a 10-year period. The country pays great attention to its wetlands that are hotspots for biodiversity under the threat of extinction.

EPI also ranked the UAE first in the Grasslands indicator that calculates the moving average of lost pastures and grassy areas over a five-year period. The UAE works relentlessly to cultivate local flora species that can tolerate the country’s desert climate. Notably, MOCCAE calculates the change in the green cover using satellites.

The UAE’s winning run continued with the country placing first in Ecosystem Services, according to EPI. The recognition can be attributed to the country’s exceptional efforts in preserving and enhancing local species. Ecosystem services are the varied benefits to humanity as gifts of the natural environment and healthy ecosystems.

According to the global competitiveness rankings, the UAE leads the MENA region in 19 environmental indicators, including the eight indicators that the country tops globally. EPI noted that the other indicators include Ecosystems Vitality and Biodiversity and Habitat.

“Protecting our environment, ensuring the sustainability of our natural resources, and conserving our biodiversity are among the strategic goals of the Ministry of Climate Change and Environment (MOCCAE). To address these priorities, the Ministry has implemented an integrated framework including in its scope environmental legislation, as well as projects and programs that align with the highest international standards.”