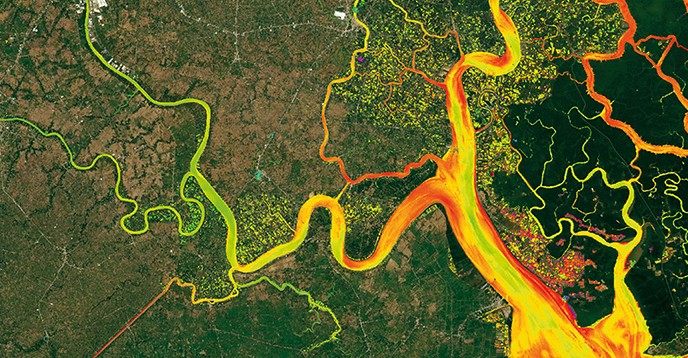 While improving water quality worldwide is essential to sustainable development, reliable data is scarce, especially in remote areas and developing countries where monitoring networks and capacity are lacking. The IIWQ World Water Quality Portal addresses an urgent need to enhance the knowledge base and access to information in order to better understand the impacts of climate- and human-induced change on water security.

The portal will facilitate science-based, informed decision-making for water management and support Member States’ efforts in implementing the Sustainable Development Goal on water and sanitation (SDG 6), as well as a number of other Goals and Targets that are linked directly to water quality and water pollution.

The portal, which was developed in the framework of UNESCO-IHP’s International Initiative on Water Quality (IIWQ), provides data on five key indicators of the state of water quality:

The indicators also provide information on the impact of other sectors and land uses such as urban areas, fertilizer use in agriculture, climate change or dam and reservoir management.

For example, tracking changes in turbidity (the degree to which light is backscattered by particles in the water) is useful when monitoring sediment plumes from dredging and dumping activities. Chlorophyll-a is a pigment found in phytoplankton cells, while the HAB indicator shows possible areas affected by harmful algae blooms formed by cyanobacteria containing phycocyanin. The Portal uses optical data from Landsat and Sentinel-2 satellites, which are open access, and a computational system, developed by EOMAP, Germany.

In this demonstration phase, the IIWQ World Water Quality Portal provides time-series data for seven river basins and surface water resources in all regions of the world, monitoring these five indicators since January 2016.

The demonstration basins and regions are:

On the occasion of the launch of the Portal, an Experts Meeting on “Water Quality Monitoring using Earth Observation and Satellite-based Information” was organized in January in order to explore the potential of Earth Observation in filling the global data gap on water quality.

Among the institutions represented, the German Aerospace Centre (DLR), the Japan Aerospace exploration Agency (JAXA), and the European Space Agency (ESA), expressed their interest in collaborating with UNESCO-IHP’s IIWQ to further develop the Portal.

The representatives of the organizations and several Member States highlighted the Portal’s role in promoting of the use of scientific data for policy-making and in raising awareness of the value of satellite data for water resources management and monitoring.

The portal is a further addition to the set of tools provided by UNESCO to help Member States monitor and manage water resources sustainably and reach the Sustainable Development Goals.

These include interactive databases such as the Water Information Network System, and regular assessment and monitoring publications such as the annual World Water Development Report, and reports to monitor progess on the indicators of SDG6, the first of which will be released in June 2018.