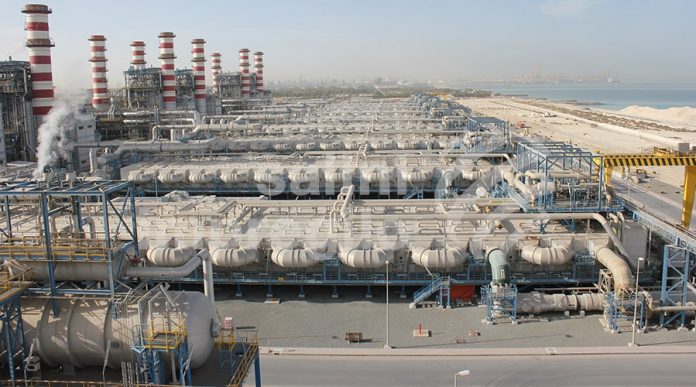 A new report by United Nations scientists published in Elsevier’s journal Science of the Total Environment is warning that desalination globally is creating massive volumes of chemical-laced brine which if left untreated poses contamination risks to food chains.

According to the peer-reviewed UN study by researchers at United Nations University: Institute for Water, Environment and Health in Canada, Wageningen University in the Netherlands and Gwangju Institute of Science and Technology, in South Korea, global brine production is around 142 million m3/day – approximately 50% greater than previous projections. Currently there are some 15,906 operational desalination plants producing around 95 million m3/day of desalinated water for human use.

The UN estimates that about 1.5 litres of liquid polluted with chlorine and copper are created for every litre of potable water produced via the desalination process. When toxic brine is then pumped back into the ocean this impacts organisms along the food chain and also depletes oxygen.

The report says that the disposal process for the brine discharge is a major challenge associated with desalination technologies which is both costly and associated with negative environmental impacts.

Vladimir Smakhtin, the director for the Hamilton, Canada-based UN Institute for Water Environment and Health commented:

“We have to address potentially severe downsides of desalination — the harm of brine and chemical pollution to the marine environment and human health.”

“There is a need to translate such research and convert an environmental problem into an economic opportunity,” Manzoor Qadir, the UN institute’s assistant director and one of the report’s authors added. “This is particularly important in countries producing large volumes of brine with relatively low efficiencies, such as Saudi Arabia, UAE, Kuwait and Qatar.”

In January the Abu Dhabi Farmers’ Service Centre in the Emirate of Abu Dhabi signed an MoU with the International Centre for Biosaline Agriculture to promote cooperation on projects aimed at improving the productivity of crops being grown in highly saline soils, and described saline water as “an environmental necessity to overcome desertification.”