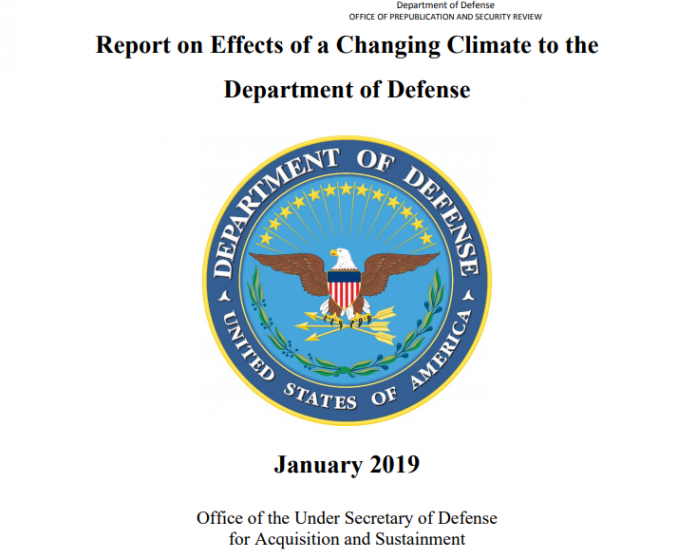 The US  Department of Defense has published a new report warning over the growing risks to its critical infrastructure and operational effectiveness from the impacts of climate change.

The Report on Effects of a Changing Climate to the Department of Defense provides an assessment of the significant vulnerabilities from climate-related events in order to identify high risks to mission effectiveness on installations and to operations.

According to the study, the effects of climate change are a national security issue with potential impacts to Department of Defense (DoD or the Department) missions, operational plans and installations. The DoD has focused on 79 mission assurance priority installations based on their operational role.

The report identifies the following key climate-related events and examples of their impacts to the selected military installations:

The report also highlights vulnerabilities to mission execution and operational plans in a number of key areas, including:

The report says the Department considers climate change resilience in the installation planning and basing processes to include impacts on built and natural infrastructure, including in the event of loss or damage to critical energy and water.

The  report concludes by pointing out that “future” in the analysis means only 20 years in the future, saying:

“Projected changes will likely be more pronounced at the mid-century mark; vulnerability analyses to mid- and late-century would likely reveal an uptick in vulnerabilities if adaptation strategies are not implemented.”