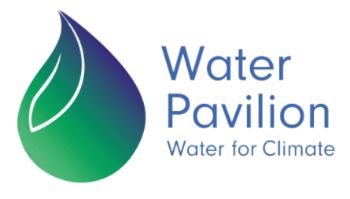 With the opening of the UN climate conference COP26 in Glasgow, four leading global institutions are calling for water to be placed at the centre of climate change policy.

In a joint op-ed, published in Sweden’s leading daily Dagens Nyheter, the four institutions express concern that global climate policy is not sufficiently influenced by new research. As a result, decision-makers are often not able to identify the most effective measures or make the right priorities. One prominent example is how many have not yet understood the central role of water for climate change.

The call for a new approach to climate policy, with water at the centre appeal, has been issued by Stockholm International Water Institute, United Nations Development Programme, the Stockholm Resilience Centre and the Potsdam Institute for Climate Impact Research.

According to the signatories, scientific understanding of climate processes is fast evolving and researchers now know much more about the sensitivity of natural systems and how these are interlinked.

However, they say that this new knowledge however rarely seeps into the policy debate, which tends to be mainly centred around technological innovation.

To revitalize the global climate debate and ensure a successful COP26, the leaders are calling on the global community to take four concrete steps:

Make great investments in water management. How we manage water is crucial for our ability to address climate change but has so far received insufficient attention. Many promising climate solutions leverage freshwater’s crucial role in climate mitigation, whilst also providing co-benefits for climate adaptation, biodiversity, ecosystem services and human health. It is especially important to strengthen the resilience of people who are disproportionally impacted by global warming, such as smallholder farmers in Sub-Saharan Africa who rely on rainfed agriculture. Investing in improved water management and universal access to safe drinking water and sanitation can significantly improve the lives of vulnerable groups.

Carefully assess the water impacts of all climate decisions. In the next few years, all sectors of society will need to undergo major transformations to achieve net-zero greenhouse gas emissions. These transitions will both impact and be impacted by the availability of water. To succeed with important shifts to greener energy and more sustainable food systems, it is essential that these fundamental water aspects are analyzed and factored in from the start.

Focus more on the role of nature. The recent assessment report from the United Nations climate panel IPCC warns that nature’s ability to sequester greenhouse gases seems to be weakening. So far, oceans, wetlands and forests have been able to absorb half of the greenhouse gases emitted and climate projections are generally made with the assumption that nature’s ability to store carbon will remain intact. If that is not the case, the world will be forced to make even more rapid and drastic emission cuts. It is therefore crucial to restore and protect ecosystems so that they maintain the ability to sequester and store carbon and do not shift from being carbon sinks to becoming carbon sources.

Prioritize the most urgent measures. We now know of many climate hotspots where landscapes, peatlands and forests are on the verge of changing state with the risk of becoming carbon emitters. If that happens, the consequences could be dire for the entire planet. Ecosystems that shift from carbon sink to carbon source, which, for example, has begun to happen in the Brazilian part of the Amazon rainforest, will make it much more difficult to keep the Paris Agreement climate target of 1.5 degrees global warming.

The four institutions, and the German agency GIZ, are currently conducting a joint study to shed new light on the role of water in climate mitigation. The final report will be published in 2022 but some preliminary results will be presented by SIWI’s Dr Malin Lundberg Ingemarsson at COP 26.