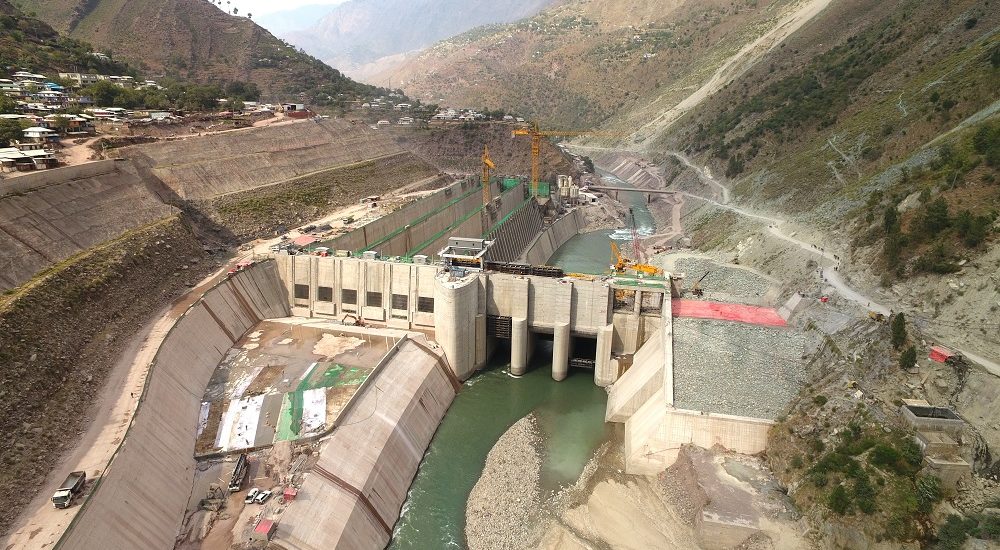 The strategically important 969 MW-Neelum Jhelum Hydropower Project (NJHP) has achieved a major milestone this week –  water filling has been started in the reservoir subsequent to the substantial completion of the dam.

The Rs 500 billion ($5 billion) Neelum Jhelum Hydropower Project is being constructed on river Neelum in Azad Jammu and Kashmir ( AJ&K). The project is a feat of engineering  – 90% of the project has been constructed underground in the high mountain areas.

The project consists of four units with installed capacity of 242.25 MW each. The first unit of the project is scheduled to go into operation by end February 2018 followed by the second unit in mid March and third and fourth units in April 2018. On its completion, the project will contribute about five billion units of electricity to the national grid annually. Annual revenue of the project is estimated to be Rs 50 billion.

Neelum Jhelum Hydropower Project has entered the final stage with completion of the dam structure across the Neelum River at Nauseri.

The completion of the 160 meter long and 60 meter high dam enabled the impounding of the reservoir that started last week with the regulating closure of spillway gates. The water level will be raised at a rate of one to three meters per day. Total storage of the dam is 8,000,000 m3 up to the reservoir’s design operating level of 1015 meter above mean sea level. After successful filling of the reservoir, the water will be diverted into the water system by the end of 2017.

Filling the reservoir, which will take about a month, will not affect the water requirements downstream of dam because one of the three gates of the spillway will remain open during the  filling process.

Compensatory water will always be released downstream of the dam to cater for the population needs and sustain the aquatic ecosystem which is dependant on the Neelum River. Rs. 5.56 billion ($5 billion) has been allocated for environmental mitigation measures for the Neelum Jhelum Hydropower Project, including water supply schemes for Muzaffarabad, Chattar Kalas and Komi Kot area in addition to a number of other schemes, all of which will be undertaken by the Government of AJ&K.