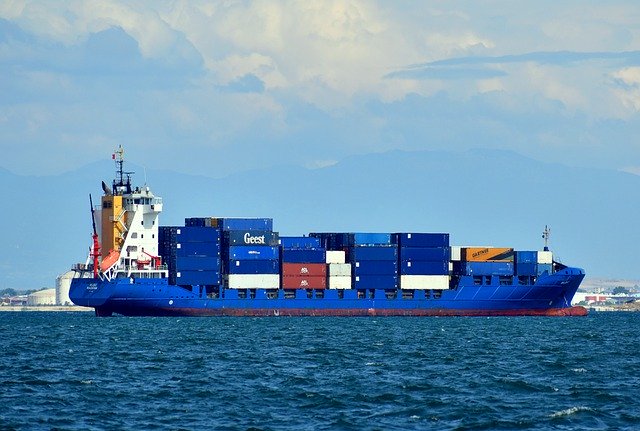 The first large-scale study of the risks that countries face from dependence on water, energy and land resources has found that globalisation may be decreasing, rather than increasing, the security of global supply chains.

Countries meet their needs for goods and services through domestic production and international trade. As a result, countries place pressures on natural resources both within and beyond their borders.

Researchers from the University of Cambridge found that the vast majority of countries and industrial sectors are highly exposed both directly, via domestic production, and indirectly, via imports, to over-exploited and insecure water, energy and land resources. However, the researchers found that the greatest resource risk is due to international trade, mainly from remote countries.

The researchers are calling for an urgent enquiry into the scale and source of consumed goods and services, both in individual countries and globally, as economies seek to rebuild in the wake of Covid-19. Their study, published in the journal Global Environmental Change, also invites critical reflection on whether globalisation is compatible with achieving sustainable and resilient supply chains.

Over the past several decades, the worldwide economy has become highly interconnected through globalisation: it is now not uncommon for each component of a particular product to originate from a different country. Globalisation allows companies to make their products almost anywhere in the world in order to keep costs down.

Many mainstream economists argue this offers countries a source of competitive advantage and growth potential. However, many nations impose demands on already stressed resources in other countries in order to satisfy their own high levels of consumption.

This interconnectedness also increases the amount of risk at each step of a global supply chain. For example, the UK imports 50% of its food. A drought, flood or any severe weather event in another country puts these food imports at risk.

Now, the researchers have quantified the global water, land and energy use of 189 countries and shown that countries which are highly dependent on trade are potentially more at risk from resource insecurity, especially as climate change continues to accelerate and severe weather events such as droughts and floods become more common.

“There has been plenty of research comparing countries in terms of their water, energy and land footprints, but what hasn’t been studied is the scale and source of their risks,” said Dr Oliver Taherzadeh from Cambridge’s Department of Geography. “We found that the role of trade has been massively underplayed as a source of resource insecurity – it’s actually a bigger source of risk than domestic production.”

Countries with large economies like  USA, China and Japan  highly exposed to water shortages outside their borders

To date, resource use studies have been limited to certain regions or sectors, which prevents a systematic overview of resource pressures and their source. This study offers a flexible approach to examining pressures across the system at various geographical and sectoral scales.

“This type of analysis hasn’t been carried out for a large number of countries before,” said Taherzadeh. “By quantifying the pressures that our consumption places on water, energy and land resources in far-off corners of the world, we can also determine how much risk is built into our interconnected world.”

The authors of the study linked indices designed to capture insecure water, energy, and land resource use, to a global trade model in order to examine the scale and sources of national resource insecurity from domestic production and imports.

Countries with large economies, such as the US, China and Japan, are highly exposed to water shortages outside their borders due to their volume of international trade. However, many countries in sub-Saharan Africa, such as Kenya, actually face far less risk as they are not as heavily networked in the global economy and are relatively self-sufficient in food production.

In addition to country-level data, the researchers also examined the risks associated with specific sectors. Surprisingly, one of the sectors identified in Taherzadeh’s wider research that had the most high-risk water and land use – among the top 1% of nearly 15,000 sectors analysed – was dog and cat food manufacturing in the USA, due to its high demand for animal products.

“Covid-19 has shown just how poorly-prepared governments and businesses are for a global crisis,” said Taherzadeh. “But however bad the direct and indirect consequences of Covid-19 have been, climate breakdown, biodiversity collapse and resource insecurity are far less predictable problems to manage – and the potential consequences are far more severe. If the ‘green economic recovery’ is to respond to these challenges, we need radically rethink the scale and source of consumption.”