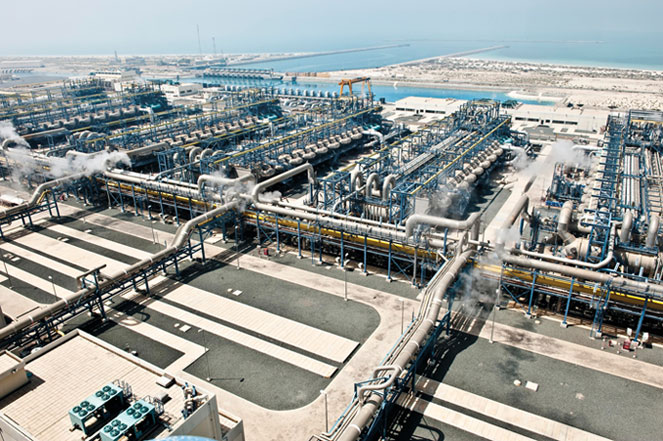 Abu Dhabi National Energy Company PJSC (TAQA), a leading global energy company with operations in 11 countries, has reported a net profit of AED 278 million for the first half of 2018, a rise of 148 percent from a year earlier.

TAQA’s oil and gas business is benefiting from higher commodity prices, while its power and water business has also seen improved performance in the last year. The company has also reduced finance costs by reducing debt and successfully issuing a $1.75 billion bond on favourable terms.

In the first half of 2018, TAQA recorded a 3 percent year-on-year rise in revenues to AED 8.6 billion, while EBITDA increased by 2 percent to AED 4.8 billion.

The company reduced its total debt by AED 1.6 billion during the first half, and the cash interest paid on its debt decreased by AED 157 million in the first half, compared to a year earlier.

“TAQA’s performance has continued to improve this year due to prudent financial management and major achievements by our teams in enhancing operational efficiencies across both the oil and gas business, and the power and water business. The company is well positioned for growth, and we intend to deploy our deep international expertise on new initiatives, with a focus on power, where we expect strong demand in the coming years, especially in the Middle East and North Africa region.

“The two-year transformation programme has concluded and we are making steady progress as a business, as witnessed with the increases we’re seeing on net income and the efforts made on debt reduction.”

“The sustainable efficiencies that we have driven through the business have allowed our operations in Europe to benefit fully from the higher oil price environment, while we are also delivering healthy returns from our power and water business. The company’s strategy is to continue to optimize our assets. That means deploying our expertise to extend the life of our oil and gas assets in Europe, and harnessing unconventional technologies and allocating greater capital to the production of liquids in North America.”

TAQA’s power and water business, which includes assets in the UAE, Oman, India, Morocco, Ghana and the United States, continues to deliver steady income. The company has enhanced efficiency across its operations. In particular, the international operations have improved substantially from 85.2% in the first six months of 2017 compared to the current 93.4% in 2018, mostly driven by the performance of the plant in Ghana.

The reliability of power supply has had a major positive impact on local communities and businesses. UAE power generation remains relatively stable with 29,265 GWh in H1 2018, compared to 30,091 GWh in H1 2017. UAE Water desalination was 117,642 million imperial gallons (MIG) in H1 2018, versus 120,643 MIG for the same period of 2017, continuing to supply the majority of Abu Dhabi’s requirements.

The oil and gas business in Europe is benefiting from higher oil prices which has more than offset the natural decline in production, and TAQA continues work to extend the lifespan of its assets. The company has successfully carried out its “Eider Bypass Project” to keep key platforms in operation and optimise cash flows.

This year, TAQA has continued to strengthen its balance sheet. The company’s completion of a $1.75 billion dual-tranche bond issue in April, which was 4.7 times subscribed, was key to reducing long-term financing costs.

During the first half, the company generated free cash flow of AED 3.4 billion. Total liquidity remains strong at AED 14.6 billion, including AED 4.0 billion in cash and cash equivalents and AED 10.6 billion of undrawn credit facilities.