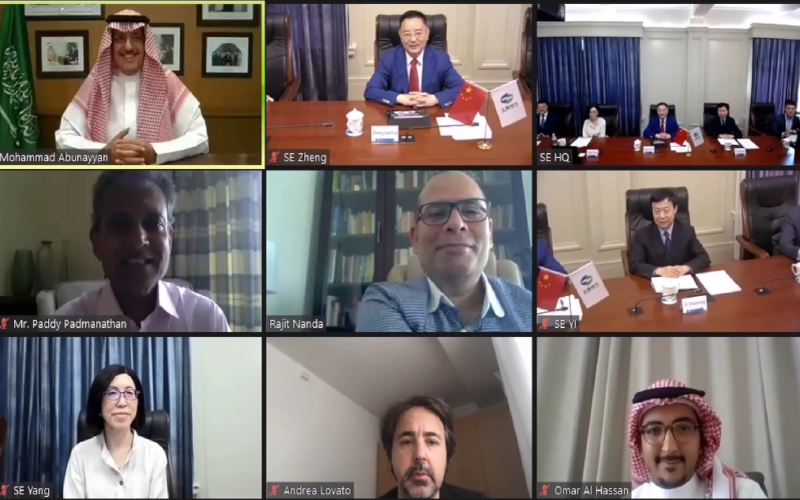 ACWA Power has announced the appointment of Shanghai Electric as the Engineering, Procurement and Construction (EPC) contractor for the 5th phase of the Mohammed bin Rashid Solar Park, which follows within only 3 months of the PPA signing between Dubai Electricity and Water Authority (DEWA) and the consortium led by ACWA Power.

In a private virtual ceremony, Mr. Mohammad Abunayyan, Chairman of ACWA Power and Mr. Zheng Jianhua, Chairman of Shanghai Electric addressed a gathering of senior delegates and company representatives from both parties, reiterating their commitment to the project and longstanding partnership.

“As we move swiftly forward with implementation, the signing of the EPC agreement between ACWA Power and Shanghai Electric represents a crucial milestone in the delivery of Phase 5 of the Mohammed Bin Rashid Solar Park. With their participation, this iconic project will be realized through an international collaboration between the Kingdom of Saudi Arabia, the United Arab Emirates and the People’s Republic of China.”

“ We are delighted to have been a reliable and trusted partner for DEWA’s ambitious goals and remain committed to building on our strong relationships with both Shanghai Electric and DEWA, leveraging our combined expertise, technical insights and pioneering technologies to create a legacy of success

The Power Purchase Agreement (PPA) for the project was signed in April 2020 between Dubai Electricity and Water Authority (DEWA) and ACWA Power, achieving a world-record solar energy tariff for 1.6953 cents per kilowatt hour.

With an investment of USD 564 Million, the 900 MW photovoltaic plant, is the first utility scale solar PV power plant to operate remotely with zero manpower on site, and is aimed to be delivered by Shanghai Electric in three phases, with a construction period of 12 months on each 300MWp phase.

The Mohammed Bin Rashid Solar Park will be a key pillar in fulfilling Dubai Clean Energy Strategy 2050 to increase the share of clean energy in Dubai’s total power output to 75% by 2050.

The project sets a benchmark for the rest of the world through leveraging the PPP model and carrying forward large-scale, cost-competitive projects.