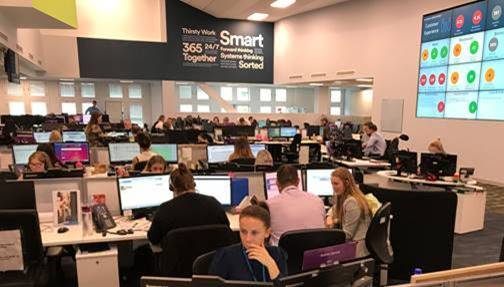 Ontario-headquartered EMAGIN, a Canadian technology firm, has signed a framework agreement with UK water utility United Utilities to roll out AI across its entire water network in the North West of England

The Warrington-based company has become the first water company in the UK to introduce large scale artificial intelligence into its operational systems.

The deal follows on from a successful trial which began in February after EMAGIN was selected as a finalist in United Utilities’ Innovation Lab.  The Canadian team were given access to the water firm’s huge wealth of data, systems and expert knowledge to incubate their ideas and help shape their technology for the UK and European water markets.

EMAGIN’s artificial intelligence platform, called HARVI, can assess vast amounts of data on a wide range of factors such as weather, demand for water, pump performance and electricity prices. This is used to help make decisions on the most cost-effective and efficient way to run pumps, detect burst pipes and minimise the risk of discoloured water.

In the 12 week trial which took place across Oldham in Greater Manchester, HARVI demonstrated energy savings of 22 per cent. United Utilities now plans to deploy the artificial intelligence platform in phases across the whole North West region by the end of 2019.

“Water networks are complex systems, and technology like this is going to play an integral role in our drive towards ‘systems thinking’, helping us make more sense and better use of big data.  It will free up our people to be more proactive and that’s going to have a direct impact on levels of service. Water companies are going to have to start thinking in this way and embracing new technology if we are to meet customers’ expectations on value and reliability.

“The pilot scheme clearly demonstrated the huge potential for efficiency and energy savings which will help reduce our operational costs. This is going to be vital over the coming years as we aim to reduce customer bills by 10.5 per cent in real terms from 2020.”

“The engagement at every level across United Utilities showed their continuous drive to deploy technology that supports their customers. This is an exciting time for us, United Utilities is one of the largest and most innovative water companies in the world and gives us a huge presence to grow in the UK and Europe.”

The two companies are now considering running further trials of the technology in other applications such as wastewater operations and leakage reduction.