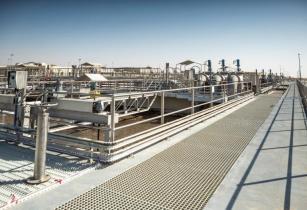 The Dubai Municipality has announced that the second phase in the expansion of the Jebel Ali Sewage Treatment Plant has been completed at a cost of AED1.3 billion.

The project, with a water treatment capacity of 375,000 cubic metres, takes the combined capacity of Warsan and Jebel Ali plants to about one million cubic metres with the possibility for further expansion.

“This expansion will cover the Expo and other areas of development and can accommodate the continued and future population growth with high efficiency. It will also support the strategy of the provision and preparedness of infrastructure.

“We have also reduced the cost of treating the wastewater to make this the world’s lowest expansion,” he added.

The expansion is characterised by a 25% reduction in energy consumption and produces about 232 billion cubic metres of irrigation water compliant with international standards. It also supports the plan to plant trees in the city – the water would be enough to irrigate 6,250 hectares of cultivated land.

Fahad Al Awadhi, Director of Drainage and Irrigation Department and Project Manager, pointed out that the first part of the project deals with water treatment and the second with the treatment of solid materials.

The project took 10 million working hours to completed and used 143,000 cubic metres of reinforced concrete, 24,000 tons of reinforced steel, 2,659 mechanical and engineering equipment and machinery, 700 km of cables and 30 km of pipes.

The project handles 21,900 tonnes of solid waste rich in nutrients that make them suitable fertilisers with high international standards and can be used as biofuels.