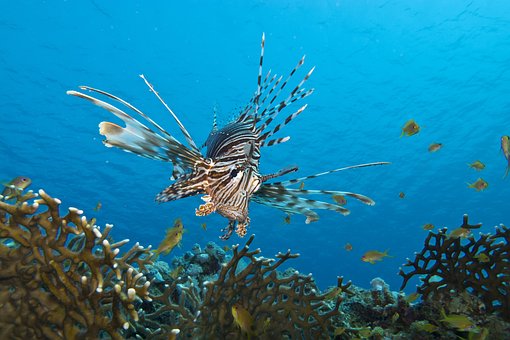 An EU-funded research project under the Horizon 2020 research programme focused on marine biotechnology and aimed at helping to advance Europe’s bioeconomy has just concluded.

Marine (blue) biotechnology is the key to unlocking the huge economic potential of the unique biodiversity of marine organisms. However, the potential remains largely underexploited due to lack of connectivity between research services, practical and cultural difficulties in connecting science with industry, and high fragmentation of regional research, development and innovation (RDI) policies.

The EU-funded EMBRIC (European Marine Biological Resource Infrastructure Cluster) project, which focused on the potential of marine biotechnology, was set up to accelerate the scientific process by which fresh discoveries are made and harnessed for use in new products.

It draws on the combined strengths of six European research networks, including four ESFRI Research Infrastructures, linking valuable resources and facilities in a bid to smooth the path for innovation. Along with these networks, the project involves three SMEs.

EMBRIC has set up dedicated discovery ‘pipelines’ – e.g. for work on microalgae, bacteria, or selective breeding in aquaculture. The project ended in May 2019 and the emphasis now lies on securing its legacy, according to EMBRIC scientific and technical manager Amélie Lecornec of Sorbonne Université in Paris, France.

The Centre is now preparing to take on a lead role in this respect, although the arrangements are yet to be finalised, she added.

As part of their bid to stimulate technology transfer in the field, the partners also looked into a variety of aspects relevant to the fragmented community EMBRIC was set up to support, such as the linkages between science and industry or between stakeholders in different regions.

Another highlight of the cooperation in EMBRIC was a programme by which the consortium offered successful applicants free access to an array of laboratories and services.

In total, 23 proposals benefited from the support, for research on topics such as the electrochemical detection of toxic algae, the fungal communities inhabiting marine plastic, and the cosmetic and pharmaceutical potential of marine dissolved organic matter.

‘EMBRC will in all likelihood continue the work we started, aggregating marine valorisation efforts in Europe,’ Lecornec noted, adding that part of this activity will have a regional focus. ‘A number of maritime regions – the Algarve, Brittany, Crete, Galicia and the Basque country – are planning to launch a common initiative to develop a specialised strategy for the blue bioeconomy in their regions.’