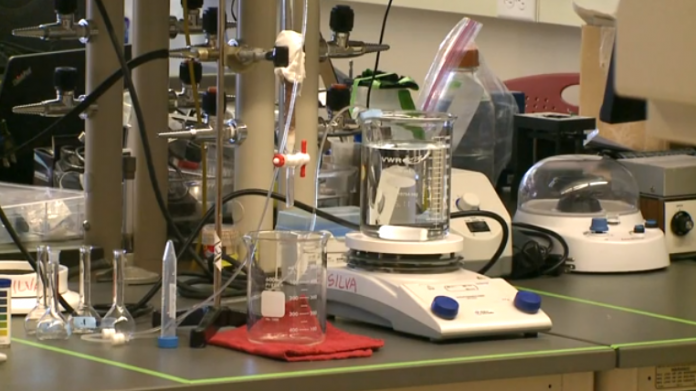 An entrepreneur and scientists at the University of Wisconsin-Milwaukee have developed a sensor capable of detecting suspended solids, phosphorus, bacteria and viruses in water.

Designed by David Rice of Rice Technology LLC and tested by Dr. Marcia Silva, manager of UWM Water Technology Accelerator research labs, the sensor can quickly and inexpensively measure multiple contaminants in water, including viruses, which are so small they pass through bacterial filters.

Described as a “virus super sensor”, the technology was selected by NASA to be one of its top 10 finalists in the recent NASA iTech challenge competition.

Initially collaborating on a different kind of sensor, Rice and Silva soon recognized that their device showed extreme sensitivity and could fill a void in the market for affordable virus detection in water.

“We came up with a method of improving the reliability of the water recycling system,” David Rice explained. “But there are many industries that use city water and purify it by putting it through an in-house filtration system. This sensor could provide a better way to monitor harmful viruses and bacteria for places such as hospitals, research labs and pharmaceutical companies.” 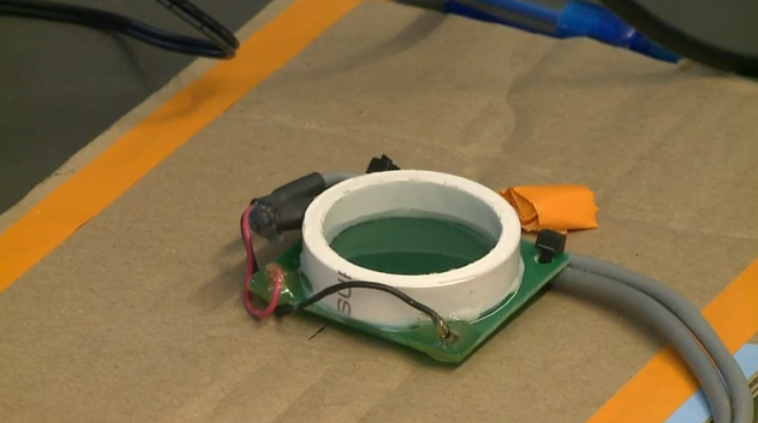 The sensor consists of two sets of interlocking copper “teeth” that measure contaminants using electromagnetic fields – one set sending an electrical charge into water, and the other determining the charge decay. This creates a signal proportional to the quantity of contaminant in the water, said Rice.

Rice and Silva proposed that their small device would ensure purity in the recycled water filtration system at the International Space Station .

“Application of super sensor is limitless”

According to Dr. Silva, the application of the super sensor is limitless.

“I knew we had great stuff here. The question was — I had to choose which of the technologies would be mostly ready for that type of application,” she said.

Commenting on making it to the finals of the NASA Challenge,  she added:

“What that means for you, in short, is if there’s something dangerous in your water, the sensor can tell you immediately.”

Details about how exactly the sensor works are being kept secret, and patents are being filed for different versions of the device. Dr. Silva and her team see the sensor as something that could go anywhere people want to know what’s in water — whether it’s being used in a lab or in water pipes and wells.

“This is just the tip of the iceberg,” she said. “This is only one part of the creation. There are so many other steps that we can explore with this sensor.”

Making it to the top 10 of the NASA technology competition has generated attention  nationally and internationally from businesses interested in developing the sensor.

NASA iTech has a track record for attracting investors. Two-thirds of the companies or startups previously competing have reported raising more than $50 million in private investments during the last 12 months.

Four researchers at UWM’s Water Technology Accelerator currently have five sensor-development projects underway, for the detection of contaminants such as arsenic, phosphorus, heavy metals and bacteria. Dr. Silva also is working with five companies on a novel water filtration project.

One entrepreneurial lesson learned, Dr. Silva added, is that putting unrelated researchers in close proximity pays off. “If we had not been in this building, this would never have happened.”