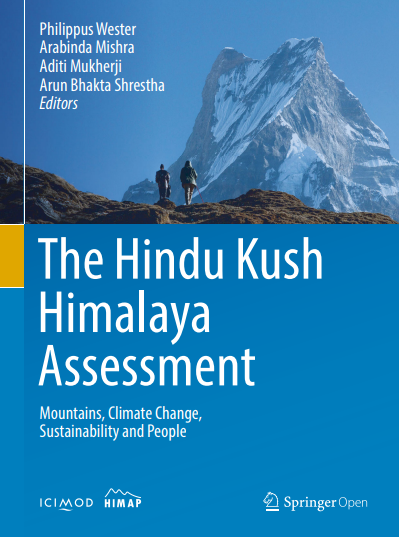 A comprehensive new study of the Hindu Kush Himalaya region, known as the world’s “Third Pole” for its vast store of ice, and home to Mount Everest and K2, is warning that a 1.5 degree increase in global warming would melt one-third of the region’s glaciers, while a 2 degree rise could melt half the glaciers in the region, destabilizing Asia’s rivers.

The study finds that even the most ambitious Paris Agreement goal of limiting global warming to 1.5 degree by the end of the century would lead to a 2.1 spike in temperatures and the melting of one-third of the region’s glaciers, a critical water source to some 250 million mountain dwellers and the 1.65 billion others living in the river valleys below.

Although the climate of the Hindu Kush Himalaya (HKH) has changed significantly in the past, it is projected to change more dramatically in the near future. Regional warming continued even during the global warming hiatus – the period between 1998 and 2013 when global warming appeared to have slowed.

Current emissions would lead to 5 degrees warming and loss of ⅔s of region’s glaciers by 2100.

If global climate efforts fail, the study warns that current emissions would lead to five degrees in warming and a loss of two-thirds of the region’s glaciers by 2100.

Philippus Wester of the International Centre for Integrated Mountain Development (ICIMOD), who led the report, commented:

“This is the climate crisis you haven’t heard of.”

“Global warming is on track to transform the frigid, glacier-covered mountain peaks of the HKH cutting across eight countries to bare rocks in a little less than a century. Impacts on people in the region, already one of the world’s most fragile and hazard-prone mountain regions, will range from worsened air pollution to an increase in extreme weather events. But it’s the projected reductions in pre-monsoon river flows and changes in the monsoon that will hit hardest, throwing urban water systems and food and energy production off kilter.” 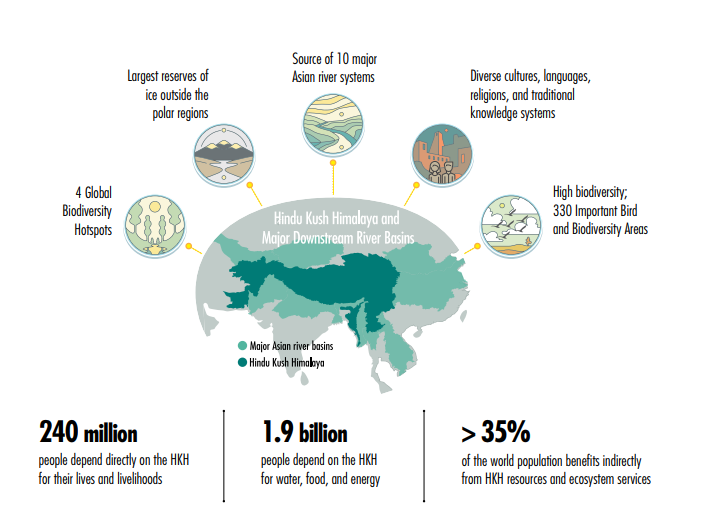 Styled after the Intergovernmental Panel on Climate Change (IPCC) reports, the Hindu Kush Himalaya Assessment is the first and most authoritative study of its kind to provide an assessment of one of the world’s most significant, yet often overlooked, mountain regions.

Developed over five years, it includes insight by more than 350 researchers and policy experts from 22 countries and 185 organizations. With 210 authors, 20 review editors and 125 external reviewers, it provides an unprecedented insight into the region’s distinct environment, people and wildlife.

“The massive size and global significance of the Hindu Kush Himalaya region is indisputable, yet this is the first report to lay down in definitive detail the region’s critical importance to the well-being of billions and its alarming vulnerability, especially in the face of climate change,” said David Molden, director general of ICIMOD.

The HKH region covers 3,500 kilometers across Afghanistan, Bangladesh, Bhutan, China, India, Myanmar, Nepal and Pakistan. Glaciers in its record-breaking peaks feed 10 of the world’s most important river systems, including the Ganges, Indus, Yellow, Mekong and Irrawaddy, and directly or indirectly supply billions of people with food, energy, clean air and incomes. 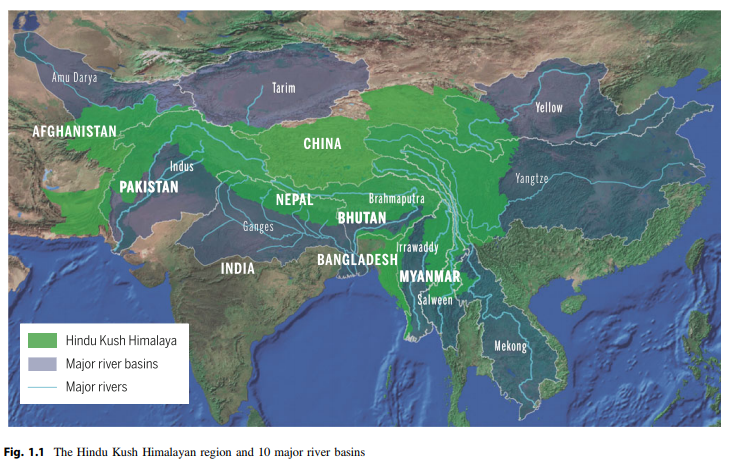 Glaciers in the Hindu Kush are extremely sensitive to the changing climate have steadily thinned and retreated s ince the 1970s, when global warming first set in, while snow-covered areas and the amount of snow have decreased.

The changes have had ripple effects felt throughout the region. Changes to the timing and magnitude of melting leads to an increase in the number and size of glacier lakes, which can suddenly flood. This can lead to a surge of glacier runoff into major rivers, which could lead to flooding and the destruction of crops.

As a result of the HKH ice melt, more water is expected to surge through the Indus, Ganges and Brahmaputra rivers, forcing a change to the agriculture in the valleys around them.

Greenhouse gases are exacerbated by air pollutants originating from the Indo-Gangetic Plains—one of the world’s most polluted regions. The pollutants deposit black carbon and dust on the glaciers, hastening their melting and changing monsoon circulation, and rainfall distribution over Asia.

The changes hit the region’s poor hardest – about one-third of the 250 million HKH mountain people live on less than $1.90 a day; more than 30 percent of the region’s population doesn’t have enough to eat, and around 50 percent face some form of malnutrition.

The report argues that challenges facing mountain regions will only get worse with climate change and glacial melt.

“There are rocky times ahead for the region: between now and 2080, the environmental economic and social conditions laid out in the report could go downhill,” said Eklabya Sharma, deputy DG of ICIMOD. “Because many of the disasters and sudden changes will play out across country borders, conflict among the region’s countries could easily flare up. But the future doesn’t have to be bleak if governments work together to turn the tide against melting glaciers and the myriad impacts they unleash.”