Largest utility in U.A.E. to replace pump and valve bearings with grease-free solutions 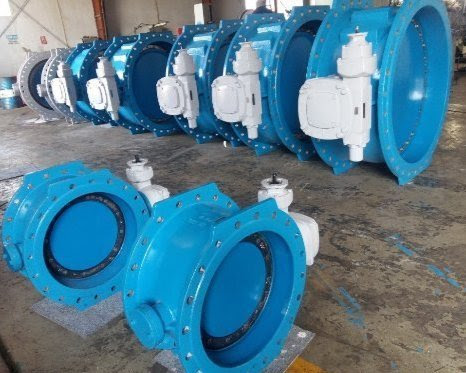 DEWA has been systematically replacing its traditional bearings with Thordon products at facilities across Dubai for some time now. The first retrofit was carried out more than 25 years ago.

“After hearing about the issues that DEWA was having with the original bearings, we proposed a solution that included ThorPlas-Blue. Since that first installation, we have replaced pump and valve bearings at several power generation and desalination plants across Dubai.”

In 2019 for example, OPI and Thordon completed bearing retrofits at the OPI workshop for a de-mineralization pit pump after fabric lined metal bearings had worn out. In May last year, 20 vertical pumps and 6 brine recirculation pump isolation valves at the OPI workshop were retrofitted with the Thordon polymer material.

“The bronze bushings originally installed in the vertical pumps were wearing out and causing frequent breakdowns every 6-8 months,” said Qureshi. “Unfortunately, there were multiple components that failed as a result of the bushing failure, forcing DEWA to find a longer lasting, more reliable solution.

“As the medium in these pumps is seawater, the new bearings had to be corrosion resistant, and capable of withstanding high operating speeds and temperatures up to 80°C (176°F). ThorPlas-Blue was deemed the ideal bearing grade for this kind of application.”

Since DEWA began operating their vertical pumps with the ThorPlas-Blue bearings, there has been zero downtime or increased vibration, Qureshi said.

“By installing ThorPlas-Blue, DEWA has saved about US$50,000 in downtime, eliminating unplanned maintenance and the costs associated with grease and spare parts procurement. Similar reductions in operational expenditures have been experienced across all of the company’s facilities following the Thordon installations,” he said.

OPI hopes to have converted more than 60% of all DEWA pump bearings to ThorPlas-Blue or SXL by the end of 2022.

DEWA currently has an installed capacity of 12,300 megawatts (MW) of electricity and 1.78 million Kiloliters (470 million gallons) of desalinated water per day, providing its services to over one million customers in Dubai.