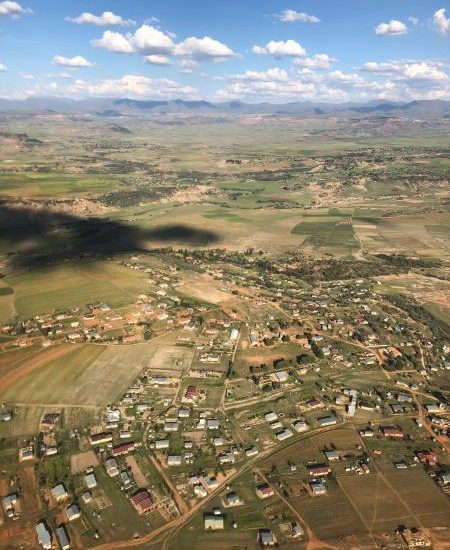 The European Investment Bank (EIB) has signed an €82 million euro loan for the Lowlands Water Development Project in western and southern Lesotho to provide improved access to water in the region.

The EIB signed the loan during a public ceremony in Maseru for the Lesotho Lowlands Water Development Project – Phase II (LLWDP II), with the Minister of Finance of Lesotho, Dr. Moeketsi Majoro.

The project will increase the reliable supply of bulk potable water and sanitation services, and strengthen the water authority’s capacity to operate and maintain the infrastructure.

The final beneficiaries of the project are Lesotho’s citizens, as the LLWDP II will provide a sustainable water supply service to the population, as well as help service providers to better cope with climate change impacts in the project area. The project supports the UN’s sustainable development goals, the “availability and sustainable management of water and sanitation for all”.

“Lesotho is increasingly feeling the impact of climate change, especially when it comes to extended droughts, as water scarcity constitutes a major barrier to economic development and inclusive growth.”

”The water development project in the lowlands aims to provide a sustainable water supply for the local population, and is expected to have a positive impact on as many as 300,000 direct beneficiaries, some 15% of the country’s population.”

According to the Ambassador of the European Union to Lesotho, H.E. Christian Manahl, while large quantities of premium water from the country’s highlands are exported to South Africa, and generate revenues for the Government’s budget, too many people and businesses, predominately located in the lowlands, are still struggling with reliable access to clean water and sanitation facilities.

This has a negative impact on the health situation in the country but also on attracting investments and creation of jobs, he said. The EU-EIB financing package, the €82 million EIB loan to be blended with a 41 million EU grant, accounts for more than 60% of total project cost, which also includes a World Bank loan.”

“The project will contribute to the implementation of the Lesotho National Strategic Development Plans 2012/2013 – 2018/2019 that identified the provision of water access in the Lowlands, where about two thirds of the population lives, as a severe problem. The project will enhance the resilience to climate change and will help the Lesotho government achieve the development goals reflected in its “Vision 2020” strategy; to have a healthy and well-developed human resource base by ensuring that all Basotho have access to safe drinking water and basic sanitation.”