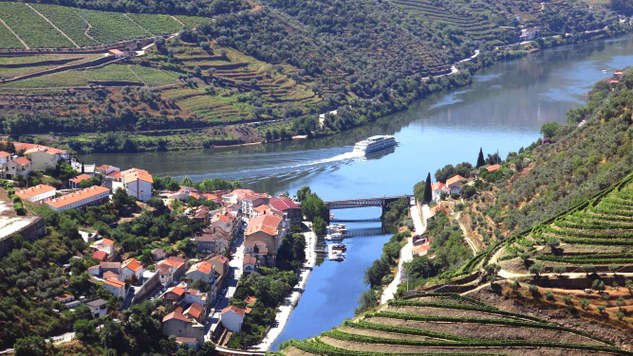 A vast majority of Europe’s water bodies are still failing to meet the European Union’s minimum target for ‘good status’, according to a new report from the European Environment Agency published this week.

EU Member States have made marked efforts to improve water quality, by improving wastewater treatment and lowering the runoff of pollutants from farmland, according to the EEA report ‘European waters — assessment of status and pressures 2018’. Measures have also been taken to make barriers passable to migrating fish and restore degraded aquatic ecosystems.

However, the report says that despite progress in improving the quality of Europe’s lakes, rivers, coastal waters and groundwater sources, pollution, structures like dams, and over-abstraction remain top threats to their long-term health.

While Europe’s ground water bodies, like aquifers, are in good health in most cases, only 40% of monitored lakes, rivers, estuaries and coastal waters achieved the EU Water Framework Directive’s minimum ‘good’ or ‘high’ ecological status during the 2010-2015 monitoring period, according to the report.

The EEA report gives an updated health check on over 130,000 surface and groundwater bodies monitored by EU Member States, based on the data collected and reported from more than 160 so-called River Basin Management Plans covering the period 2010 to 2015.

Karmenu Vella, EU Commissioner for Environment, Maritime Affairs and Fisheries commented:‘Thanks to the implementation of European water legislation in the Member States, the quality of Europe’s freshwater is gradually improving, but much more needs to be done before all lakes, rivers, coastal waters and groundwater bodies are in good status. Tackling pollution from agriculture, industry and households requires joint efforts from all water users throughout Europe.’

The EEA water assessment is the second since 2012. Knowledge of Europe’s waters has grown significantly since then, providing a better understanding of the status, the problems that lead to failure in achieving ‘good status’ and the measures implemented to generate improvement.

The EEA report complements a forthcoming European Commission report, which will assess to what extent the Member States comply with the Water Framework Directive which sets out a framework on how to assess, manage, protect and improve water quality across the EU.

Compared to surface waters, groundwater sources generally have the best status. Good chemical status has been achieved for 74% of the groundwater area, while 89 % of the area achieved good quantitative status. The reasons for not meeting the minimum targets were mostly due to contamination of water sites by nitrates from agricultural run-off, salt intrusion, and the seeping of hazardous chemicals from contaminated sites (e.g. industrial sites, mining areas or waste storage).

The top pressures responsible for hindering progress  in meeting the EU targets include barriers like dams, land reclamation, and channelization, which change the flow of rivers or streams; diffuse source pollution like farm run-off; and point source pollution such as waste water discharge from sewers. The main impacts on surface water bodies are nutrient enrichment, chemical pollution and altered habitats due to morphological changes.

EU Member States are currently in their second monitoring and reporting cycle (2015-2021) under the EU Water Framework Directive. This round includes 89,000 rivers, 18,000 lakes, 13,000 groundwater sites, and 3,600 coastal and estuary waters. Reporting from Greece, Ireland, Lithuania and from parts of Spain could not be included in the report.