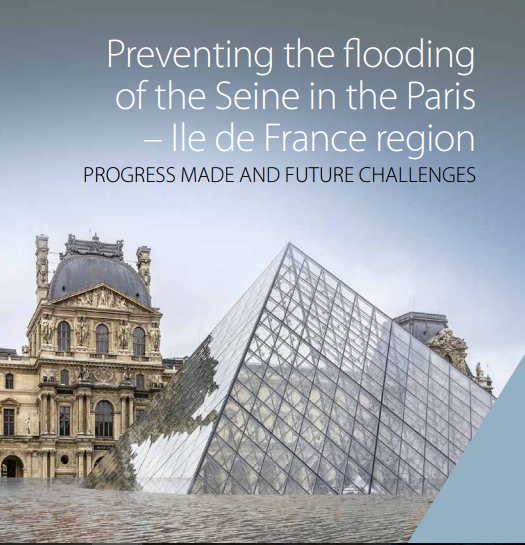 The OECD is warning that further improvements are needed to manage major flood risk in Paris and the Seine basin.

Action to prevent the risk of major flooding in Paris and the Ile de France region has improved in recent years – particularly after the Seine burst its banks in May and June 2016.  However, urban and territorial planning needs to be better adapted, governance strengthened and long-term funding clarified, according to the OECD, which says that the risk of the Seine flooding in the Ile de France region is a major one.

Reporting on progress achieved since its 2014 Review of flood prevention in the Seine basin, the OECD says that although important efforts have been made to improve the governance of risk prevention, a fragmented institutional structure is undermining a commitment to specific, long-term objectives.

Commissioned by the  Direction Régional and the Établissment Public Territorial de Bassin Seine Grands Lacs, the report said the authorities had made progress in 10 of the 14 recommendations from the 2014 Review. Most progress had been made in understanding the vulnerabilities and reinforcing a culture of risk prevention.

The flooding of the Seine in May and June 2016 caused more than €1 billion-worth of damage and severe disruption to a number of transport networks. Two people died in the flooding while 17,500 were evacuated from their homes. A repeat of the scale of the historically high flooding in Paris in 1910 could affect up to 5 million people today and cause up to €30 billion worth of damage, the OECD estimated in 2014.

The OECD says current infrastructure development schemes, urban renewal plans associated with the Grand Paris project and the city’s hosting the Olympic Games in 2024 all provide opportunities to reinforce and make permanent the resilience of the French capital and its region to the risk of serious flooding while also providing an innovative model of adapting to climate change.