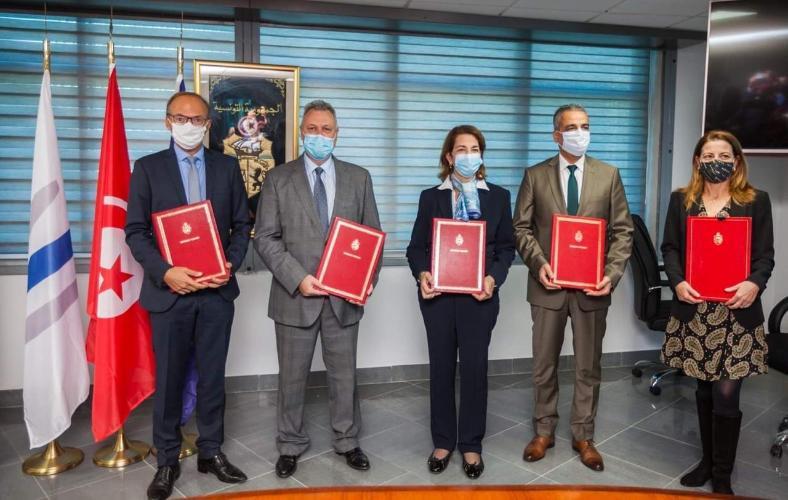 The European Investment Bank (EIB) has announced that it has signed two finance contracts totalling €38 million with Tunisia and the National Water Distribution Utility (SONEDE) to secure the drinking water supply in Greater Tunis, including the capital, Tunis – which is also the capital of the Tunis governorate – and the three governorates of Ben Arous, Manouba and Ariana.

The financed project will have a strong impact on the ever-growing population in the capital, Tunis, and the three governorates of Ben Arous, Manouba and Ariana, ensuring the supply of drinking water to the entire population until 2040.

The contracts were signed by Ali Kooli, Minister of Economy, Finance and Investment Support, Mosbah Helali, CEO of SONEDE and Jean-Luc Revéreault, Head of the EIB Representation for Tunisia, in the presence of Akissa Bahri, Minister of Agriculture, Water Resources and Fisheries.

The financing by EIB, the financing institution of the European Union, will make it possible to develop and upgrade the infrastructure needed to secure the entire drinking water supply system in Greater Tunis.

The impact of the project will be significant for the local population – approximately 2.8 million residents of Greater Tunis and the three governorates of Ben Arous, Manouba and Ariana will benefit in the short term.

The financing will also ensure the supply of water to the entire population until 2040. Tunisia is facing a steady increase in water needs – around 3% each year – due to the demographic and urban expansion of Greater Tunis and its tourism, industrial and commercial development, particularly with the new Financial Harbour.

The EIB said the project reflects the major efforts of the Tunisian authorities in the area of water and sanitation in line with the National Climate Change Adaptation Strategy and the Tunisia National Development Plan 2016-2020, specifically the “Green Economy, Pillar of Sustainable Development” component.

Part of an extensive joint investment programme from the Ministry of Agriculture, Water Resources and Fisheries and SONEDE, the aim is to build and upgrade water storage and transport infrastructure (reservoirs, transfer pipes) as well as water treatment infrastructure (treatment plant, desalination plant, delivery pipeline and pumping stations).

“As the EU climate bank, we are very pleased to be able to continue supporting the supply of drinking water in Tunisia and to help the country with its climate change adaptation efforts. These financing agreements reflect the EIB’s strong commitment to financing modern and sustainable infrastructure and will help improve water quality and health for millions of Tunisians. That is the very purpose of the commitment we are making to the people of Tunisia.”

The project was made possible by the EU guarantee under the External Lending Mandate. It is being co-financed by the Agence française de développement through a partnership under the Mutual Reliance Initiative, which is led by the EIB.