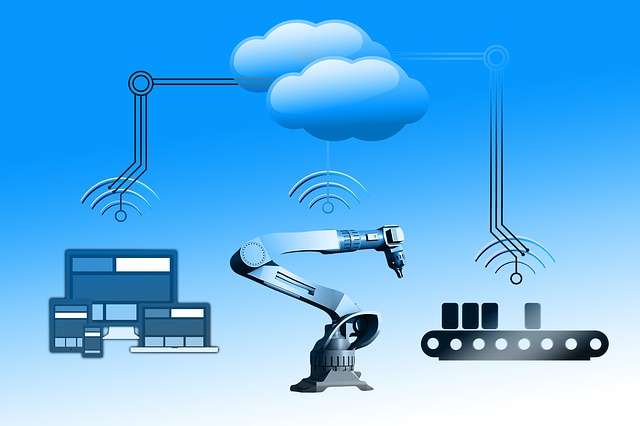 An EU and industry-funded project has built ground-breaking software that automates communication between Internet-enabled digital devices, potentially cutting engineering costs by up to 75 % or more. The software is already in use across Europe, saving consumers money and benefitting the environment.

Internet-enabled devices can ‘talk’ to other devices – for example, sensors in a home can tell a heating system which rooms to warm up according to where people are.

However, the process of communication is not automatic and 65 to 80 % of the costs of building any digital system are spent on constructing individual communication systems.

The aim of the ARROWHEAD project has been to enable collaborative automation via networked embedded devices.

Getting devices to ‘talk’ to each other autonomously – thereby dramatically reducing communication systems engineering costs and boosting competitiveness – is a challenge faced by many software developers. The EU, participating states and industry-funded ARROWHEAD project is one of the few in the world that has automated such communication.

Project coordinator Jerker Delsing of the Luleå University of Technology in Sweden commented:

“The grand challenge we addressed was enabling the interoperability of Internet-enabled devices in the energy sector, smart buildings, electric vehicles and other infrastructure systems.”

“We now hope our software can be standardised and used in a very wide range of devices.”

ARROWHEAD software already in use in utilities companies

In some cities across Scandinavia, including Stockholm and Gothenburg, ARROWHEAD software is helping energy utilities cut their primary power consumption by improving communication with digital heating systems.

The technology allows the utilities to have better control over consumption at peak times – early morning and early evening – which means that they do not have to switch to more expensive fossil fuels to meet the spikes in demand. This also cuts costs passed on to the consumer and limits the use of fossil fuels, benefitting the environment.

In another project, also in place in Scandinavian cities, waste-sorting companies are integrating ARROWHEAD technology in their container parks and garbage trucks, allowing them to ‘talk’ to each other. The system can help reduce the distance trucks drive – and the amount of fuel they consume – by communicating in advance which containers are full and which still have space.

ARROWHEAD software is also being used in Finland, Hungary and Italy to help electric vehicles communicate with charging stations. With the software, vehicles automatically know where they can recharge their batteries.  An Italian airport has also installed ARROWHEAD technology to help improve airport logistics.

“We have experienced a very strong interest in our software. Today, other EU projects are using our technology and building it into new systems,” Jerker Delsing continued.

” Meanwhile, big companies and projects – including smart cities projects – are keen to know what ARROWHEAD technology can do for them.”

Delsing was also keen to point out that ARROWHEAD took security concerns – and the potential for hacking – very seriously from day one.

“ARROWHEAD has robust identification security that will prevent any data from leaking to competitors,” he says. “The strong market interest in our product reflects the high level of in-built security.”

With almost 80 partners and a budget of €68 million, which included an EU contribution of around €11 million, the project is the largest research project in automation in Europe.

Industry giants such as Schneider, Metso, Thales, Acciona, SKF and Honeywell were among the partners in the Arrowhead project, which ran from March 2013 to February 2017.

The project’s focus is on manufacturing, process and energy industries with the aim of  finding methods to enable collaborative automation by networked embedded devices. Today, advanced design and extensive engineering resources are required when a large number of devices are linked together for automation purposes. Greater synergy between devices is expected to make production flows more effective and at the same time reduce energy consumption and environmental footprint.

The project conducted 26 demonstrations of industrially and commercially interesting automation solutions in five different application domains. The demonstrations included everything from saving energy and increasing information security in different systems to improvement of maintenance.

Several products containing Arrowhead technology are already on the market, such as charging stations for electric vehicles and containers for glass recycling that announces when it needs to be emptied. In addition, four spin-offs have started and at least three ongoing EU projects are using the Arrowhead Framework.

The Arrowhead Framework provides an architecture for building IoT based Automation systems. The architecture features a local cloud approach where real time automation, IT security, system scalability and engineering simplicity are critical requirements.