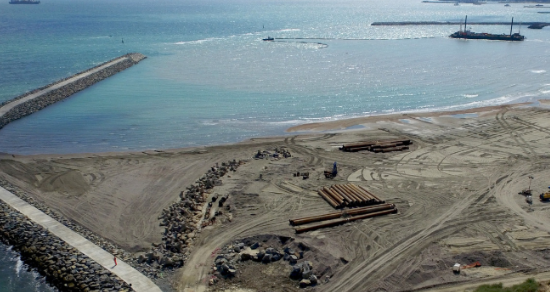 Van Oord has been awarded a contract to reinforce the coast at the Romanian seaside resort of Eforie. Existing coastal defences will be redeveloped to make way for more nature-friendly alternatives.

Van Oord has been contracted by Administratia Bazinala de Apa Dobrogea-Litoral (ABA-DL) to design and build new groynes and beaches. The pier and some of the current breakwaters will be removed, after which new constructions and beaches will protect the popular coastal town from erosion by the waves of the Black Sea. The new beaches will also boost the tourism sector.

Special attention will be paid to the environment within the project. Van Oord will place artificial reefs and biostructures on the Black Sea bed. These sustainable elements will stimulate and enrich marine life.

After the design phase of about eighteen months, the construction of the groynes will start in 2021. Following completion, Van Oord will use a trailing suction hopper dredger to restore the beaches. The coastal reinforcement project is expected to be completed in 2023.