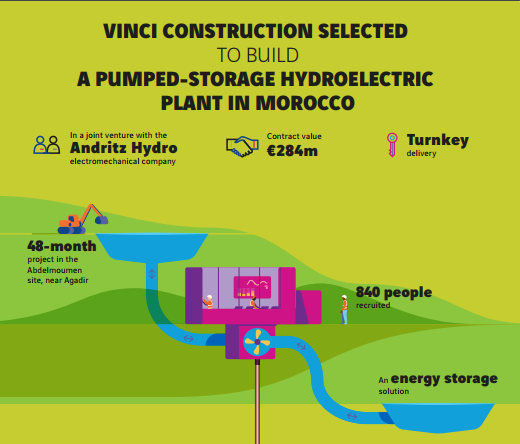 The €284 million pumped-storage scheme is part of the plan to develop and integrate renewable energies in Morocco. The contract covers construction surveys, civil engineering works, supply of materials and pumping equipment, assembly, testing and commissioning.