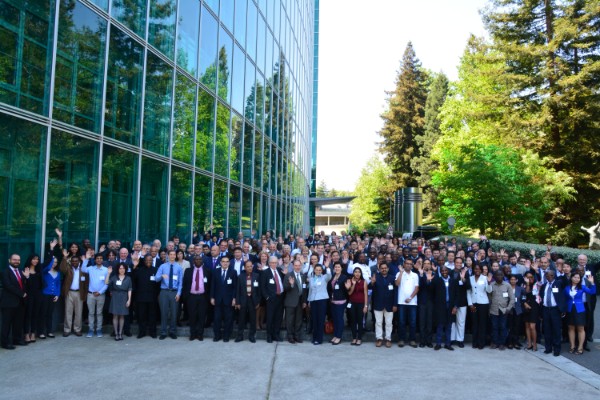 Delegates attending this week’s Hydro Conference in Geneva convened by the World Meteorological Organisation (WMO) have flagged up the urgent need to improve water management at a global level to tackle the state of the planet’s water resources.

The conference, which concluded yesterday, was co-organized and supported by WMO, UNESCO, the Global Facility for Disaster Risk Reduction and Recovery/World Bank Group, the Food and Agriculture Organization, the Global Water Partnership, the international Centre for Water Hazard and Risk Management, the UN Economic Commission for Europe, the International Association of Hydrological Sciences, USAID and the Swiss Agency for Development and Cooperation.

The WMO is strengthening its own role in water observations, services and related climate science, alongside promoting the build-up of national operational multi-hazard early warning centres, enhanced global & regional co-operation between hydrological and meteorological institutions and culture of exchange of data.

WMO convened the HydroConference to coincide with the start of the international Decade (2018-2028) for Action – Water for Sustainable Development.

The three-day conference on hydrological services sought to address the urgent need to improve forecasting, management and use of water supplies and to tackle the problem of too much, too little or too polluted water.

About 90% of natural disaster impacts are water-related. Floods cost an estimated 120 billion dollars per year, whilst droughts stunt economic growth and trigger migration. Water lies at the heart of climate change adaptation.

It is estimated that by 2050 at least one in four people is likely to live in a country affected by chronic or recurring shortages of fresh water. More than 2 billion people drink contaminated water, and poor sanitation and water-borne diseases claim hundreds of lives per week – an “invisible tsunami,” according to HydroConference Chair Johan Gély of the Swiss Agency for Development and Cooperation.

Delegates were in in general agreement that sustainability of water resources and reduction of disaster risk can only be achieved by addressing the full value chain, from data collection to the production of efficient hydrological services that allow informed decision and policy-making.

“We have to manage water on every scale much better than we do now. And yet we can not manage what we do not measure,” was a repeated refrain at the conference.

A high-level session yesterday sought to inject new urgency into the drive to improve the availability and use of hydrological services worldwide, to boost collaboration and leverage the combined knowledge and expertise, and to mobilize public and private sector support for key initiatives.

UN General Assembly President Miroslav Lajcak said a global water crisis was an increasing threat. Millions of people drink contaminated water and climate change is drying up rivers. “We see the water crisis from Flint, Michigan, to Cape Town, South Africa. People’s lives and livelihoods are at risk. The pressure is on us to make Sustainable Development Goal 6 (water) a reality,” he said.

Reza Ardakanian. Minister of Energy, Islamic Republic of Iran, told delegates his country is experiencing the driest year in the last 50 years. Of the 80 million-strong population, 17 million face water stress this summer. Sand and dust storms exacerbate the problem, with major health and economic impacts.

Khaled Abdelhay Ramadan Mohamed, President of National Water Research Center, Egypt, said that the impact of climate change on river catchments is causing variants of floods in some places and droughts in others and so must be factored into any water management plan.

Egypt is located in an arid region with very limited freshwater resources. All its ground and surface water comes from neighbouring countries. “The Nile is life. Without the Nile we can not live,” he said. Population increase is adding to the water stress and the government is working on plans to improve water efficiency and recycling.

Food and Agriculture Organization Director-General José Graziano da Silva said water management is a high priority for FAO, which takes action on a daily basis to promote more ways for food systems to use less water.

Henk Ovink, Special Envoy for International Water Affairs for the Kingdom of the Netherlands, referred to the Blue Marble planet of which 71 percent is oceans, and yet only 0.4% can be used. “It looks like there is an abundance of water, but it is actually very scarce,” he said. “We have to manage water on every scale much better than we do now,” said Ovink, summing up the take-home message of the conference.