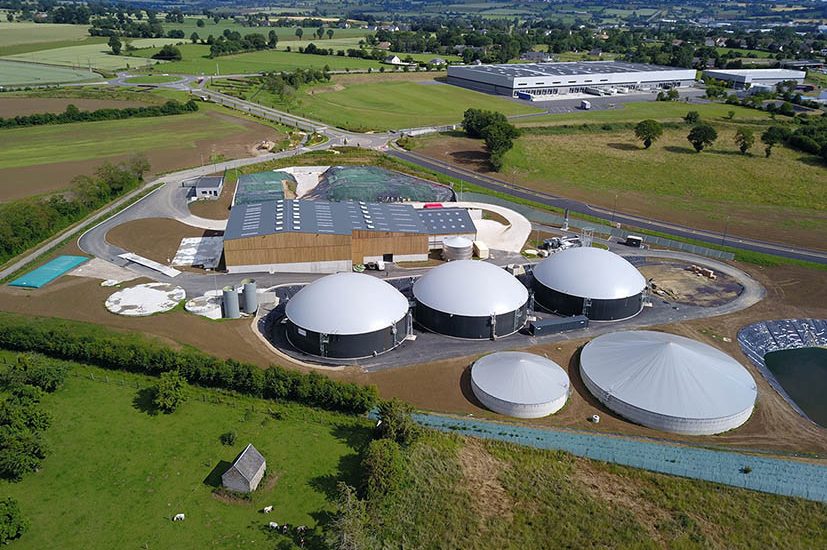 A biomethane plant constructed by German energy plant manufacturer WELTEC BIOPOWER has this month gone live in Papillonnière near the town of Vire in Normandie, France.

The operator of the €11 million project, which was rolled out by WELTEC and its project partner Agripower France, is Agrigaz Vire, a local company that comprises 40 operations along the agricultural value chain.

The plant has created three permanent jobs and digests a yearly amount of about 70,000 t of substrates to biogas, which is then processed to biomethane.

The raw material mix that comes from a radius of approximately seven km largely consists of inexpensive waste and other by-products from agriculture and the food industry.

The regional, sustainable nature of the biomethane project is underlined by the fact that the operations belong to the agricultural company and the substrates come from the region. Two thirds of the 200 t of input substances needed every day consist of animal waste such as cattle and pig manure and liquid slurry. Whey, sludge and abattoir waste from food operations and from a pet food manufacturer belonging to Agrigaz account for another 20 percent. The rest of the substances is made up of maize, grass, whole plant silage, straw and grass silage.

The use of biomethane plays a key role in reducing greenhouse gases: Every hour, 270 standard m³ of the green biomethane are fed into the public gas grid for use as an energy source or as alternative fuel throughout France.

“With this amount, some 5,300 t of CO2e can be saved every year”, explained Alain Priser, who is in charge of WELTEC BIOPOWER’s business in France. “Used as a natural gas equivalent, the biomethane could cover as much as 20 percent of the gas demand of Vire (population: 18,500). In the mobility sector, this quantity would be sufficient for driving a climate-neutral distance of 35 million km by car or circling the equator 890 times every year” Alain Priser said.

Two storage units are used solely for the purpose of storing the digestate for use as high-quality fertiliser by the agricultural company’s farmers. “Our farmers thus also benefit from this by-product in that they save chemical fertiliser. Ultimately, this too is a key to reducing greenhouse gases”, Yves Lebaudy, the Managing Director of Agrigaz Vire commented..

The sustainable cycle has resulted in a high level of acceptance by the entire population: “We are proud of our innovative joint project, which enjoys the backing of our farmers, politicians, entrepreneurs and residents alike”, Yves Lebaudy added.

Established in 2001, the Germany-headquartered WELTEC Group has developed into a globally leading specialist for the construction and operation of biogas and biomethane plants.

The company‘s nine decentralised plants generate 96 million standard m³ of biogas a year. Most of it is processed to biomethane and made available to energy suppliers and petrol

station operators via the public gas network. The range of customers includes businesses from industries such as agriculture, food, waste and wastewater. To date the WELTEC Group has implemented more than 300 energy plants in 25 countries on five continents which collectively save about 485.000 tons of CO2eq a year.