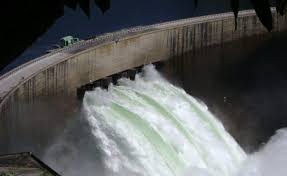 The 254 MW Genale Dawa III hydro project  is located 630km southeast of Addis Ababa, capital city of Ethiopia. The project, built by the China Gezhouba Group Corporation(CGGC), cost approximately  USD 451 million, the greater share of the finances having been sourced through loans from the China Export-Import Bank.

Chinese state-owned construction and engineering company CGGC is involved in diverse businesses such as power plants, dams, roads bridges and civil engineering and during the past 40 years has  contributed to over 8,000 engineering projects.

Moges Mekonen, Communication Director at Ethiopia Electric Power (EEP), is reported to have said that  the 254 MW Genale Dawa III hydro dam was expected to fill a critical gap in Ethiopia’s ongoing efforts to meet the energy needs of the nation’s estimated 110 million people.

The government of Ethiopia recently disclosed their 10-year energy roadmap which reveals their goals to improve energy generation four-fold by employing a variety of energy resources such as; hydro, co-generation and solar power, geothermal and wind.

The energy sector is one of Ethiopia’s priorities as the country envisages becoming a light manufacturing hub in Africa and middle-income economy by 2025.